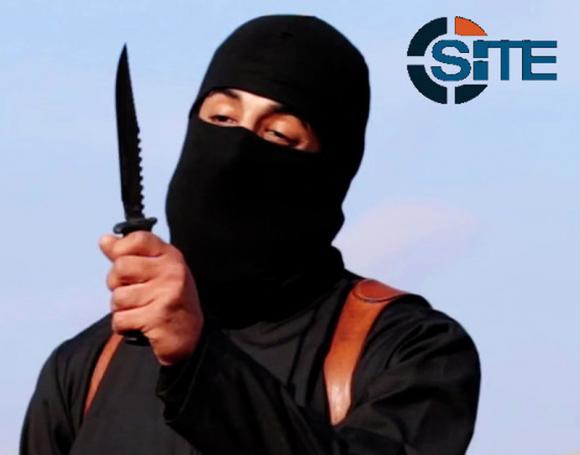 LONDON (Reuters) - Two high-profile British charities have stopped funding Cage, a Muslim campaign group that has drawn criticism over statements about the Islamic State militant known as "Jihadi John", the regulator of British charities has announced. Cage was in contact several years ago with Kuwaiti-born Londoner Mohammed Emwazi, at a time when he was on the radar of Britain's intelligence services over signs of radicalisation. Since Emwazi was identified on Feb. 26 as the man in a black balaclava who appears in Islamic State beheading videos, Cage members have said he was once a "beautiful young man" and have blamed the intelligence services for radicalising him. "Last week, public statements by Cage officials heightened concerns about the use of charitable funds to support their activities," the Charity Commission said in a statement late on Friday. "In our view, those statements increased the threat to public trust and confidence in charity," it said, adding that it had taken "robust action" by requiring two well-known charities that had funded Cage to confirm they would no longer do so. The two organisations are the Joseph Rowntree Charitable Trust, a Quaker foundation, and the Roddick Foundation, set up by the late founder of the cosmetics retailer Body Shop. They had come under intense public scrutiny since Emwazi was named and Cage went public with their views about him. The commission said Joseph Rowntree had made grant awards to Cage of 305,000 pounds ($459,000) between 2007 and 2014, of which 271,250 pounds was paid, while the Roddick Foundation had made grant payments of 120,000 pounds between 2009 and 2012. The Joseph Rowntree Charitable Trust confirmed it had stopped funding Cage and would not do so in future, citing "regulatory pressure" and saying it wanted to protect the interests of other recipients of its funding and other work by the trust. The Roddick Foundation could not be immediately reached for comment. RADICALISED Set up by a group of London Muslims to support British suspects being held by the United States in Guantanamo Bay, Cage says its aims are "to empower communities affected by the War on Terror and to highlight abuses of due process". In a statement responding to the Charity Commission's announcement, Cage thanked the Joseph Rowntree trust and the Roddick Foundation for their past support. Cage said the Charity Commission was pursuing a "neo-conservative" agenda. "This is just another manifestation of their objective of pursuing a Cold War on British Islam," it said. A wide range of public figures including Home Secretary Theresa May and London Mayor Boris Johnson have criticised Cage for suggesting that Emwazi's dealings with the intelligence services had radicalised him. "The security services are trying to keep us safe," Johnson told Cage research director Asim Qureshi during a radio debate. "They cannot conceivably be blamed for their actions in trying to prevent people from committing absolutely sick atrocities against the British public and indeed against innocent people in Syria and Iraq. "If you are a human rights group funded by charity then you should be sticking up for the human rights of those who have been beheaded in Syria and in northern Iraq. That should be the focus of your concern."