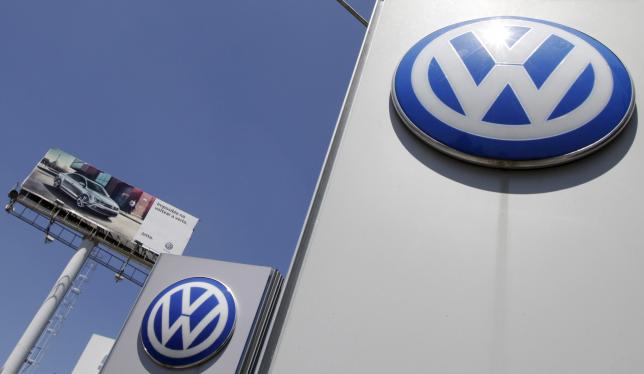 LONDON - Britain should consider prosecuting Volkswagen over the diesel emissions scandal, a committee of Members of Parliament said on Friday, accusing the government of being too slow to decide whether the German automaker broke the law. Europe's biggest carmaker admitted last September to cheating US diesel emissions tests, forcing out long-standing CEO Martin Winterkorn, hammering its shares and tarnishing its reputation. In Britain, 1.2 million cars were fitted with defeat devices but in April a British transport minister said the firm had yet to fix any cars, contradicting the carmaker which said it had begun making some software modifications. On Friday, Britain's transport select committee, whose conclusions are not binding on the government, said VW should be punished to avoid a repeat of the scandal. "Without proper sanctions against manufacturers that cheat, there is little to stop a similar scandal from happening again," the committee said in statement. Volkswagen said on Friday that it was working hard to fix all of the affected vehicles in Britain. "Close to 50,000 vehicles in the UK have now received the technical measure, a number which will continue to increase as further vehicles’ technical measures are developed," the firm said in a statement. Committee chairwoman Louise Ellman also called on Britain's vehicle approval regulator, the Vehicle Certification Agency (VCA), to ensure that the solution proposed by Volkswagen will not lead to increased costs for vehicle owners at a later stage. "We are concerned that VW’s fix was developed at the lowest possible cost which might lead to increased costs for motorists down the line," she said. "The VCA must make scrutinising manufacturers for non-compliance and questionable practices its first priority." -Reuters