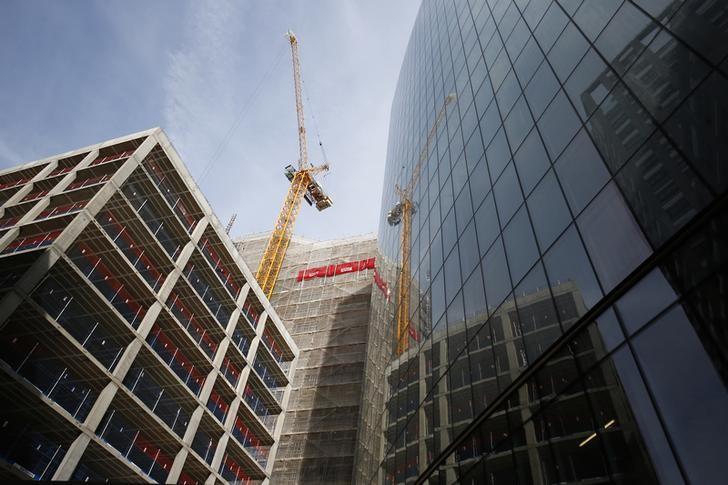 LONDON - Britain's construction industry largely recovered in August from a downturn that started just before June's vote to leave the European Union, according to a survey on Friday that added to signs the economy is stabilising. The latest Markit/CIPS UK Construction Purchasing Managers' Index (PMI) rose to 49.2 from 45.9 in July, beating all forecasts in a Reuters poll but remaining below the 50 mark dividing growth and contraction. The construction survey follows a surprisingly upbeat manufacturing PMI on Thursday, which could prompt the Bank of England to rethink the need to cut interest rates again. "The downturn in UK construction activity has eased considerably since July, primarily helped by a much slower decline in commercial building," said Tim Moore, senior economist at survey compiler Markit. Still, overall construction activity - which accounts for about 6 percent of the economy - declined for a third straight month. "There were still widespread reports that Brexit uncertainty had dampened demand and slowed progress on planned developments, especially in relation to large projects," Moore added. Economists will also be concerned by the strength of inflation pressure now facing builders. Prices paid by construction firms for raw materials shot up at the fastest pace in just over five years, fuelled by the pound's plunge since the vote to leave the EU. Manufacturers also reported rocketing input prices, which are likely to feed into prices on the high street next year, potentially crimping consumer demand - a key pillar of economic growth. -Reuters