UK consumer confidence edges up to four-month high in May 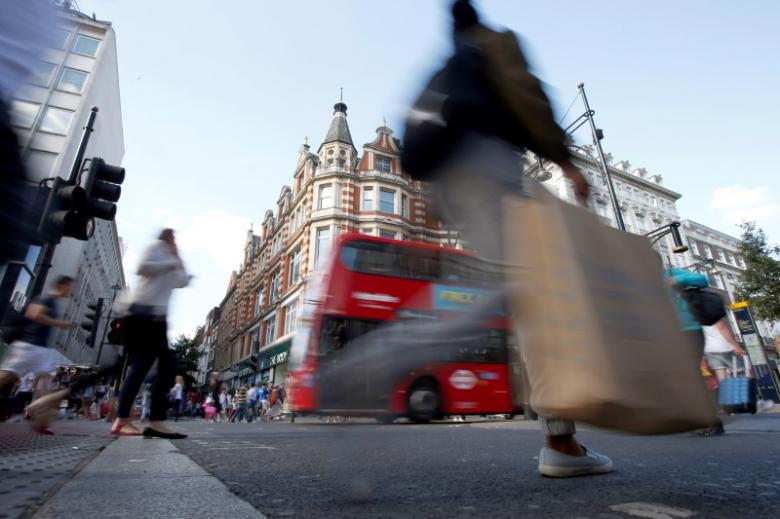 UK consumer confidence edges up to four-month high in May

LONDON - British consumer confidence edged up to a four-month high in May but households stayed downbeat about the economic outlook, with inflation since last year's Brexit vote feeding into prices in stores, two surveys showed.

Market research firm GfK's measure of consumer morale rose to -5 from -7 in April, beating all forecasts in a Reuters poll of economists which had pointed to a fall to -8.

Overall the survey indicated solid consumer confidence by historical standards, just over a week before Britons head to vote in an early election which polls suggest will extend Prime Minister Theresa May's period in office.

Consumer demand is not slowing as rapidly as a slump in official first-quarter retail sales data had previously suggested, though rising inflation - fuelled by energy costs and the pound's sharp fall after last June's Brexit vote - has yet to filter through fully to households.

A separate survey from the British Retail Consortium (BRC) showed shop prices declined last month at the slowest pace since 2013, with food prices - which tend to change faster than other goods - leading a move upwards.

"Perhaps the real squeeze in living standards is yet to hit home," said Joe Staton, head of market dynamics at GfK.

"We haven't seen any significant fall (in consumer confidence) of the kind we might expect during such periods of pre-election and pre-Brexit uncertainty," he added.

Although Prime Minister Theresa May called a June 8 election to strengthen her mandate ahead of talks to leave the European Union, the opposition Labour Party has focussed as much on falling living standards.

Employment is at a record high, but annual wage growth in inflation-adjusted terms is close to zero.

The BRC survey showed shop prices declined 0.4 percent year-on-year in May, the smallest annual drop since November 2013 and less of a decline than a 0.5 percent fall in April.

"We expect the general trend of inflation to be upwards over the course of the year, which will squeeze disposable income at a time when wage growth is slowing," BRC chief executive Helen Dickinson said.

The largest proportion of British services companies on record expect to raise prices, according to a European Commission survey on Tuesday that showed demand sliding to a four-year low in May.

Another report from Lloyds Bank also showed business confidence fell sharply in May to slightly below its long run average after hitting a 17-month high the previous month, led by a decline in manufacturers' sentiment.

Markit/CIPS business surveys due later this week will shed more light on how Britain's economy has performed after slowing almost to a crawl in the first three months of the year.

The GfK survey was carried out on behalf of the European Commission and was based on 2,000 people interviewed between May 1 and May 15. The Lloyds data came from around 200 firms contacted between May 15 and May 19. -Reuters