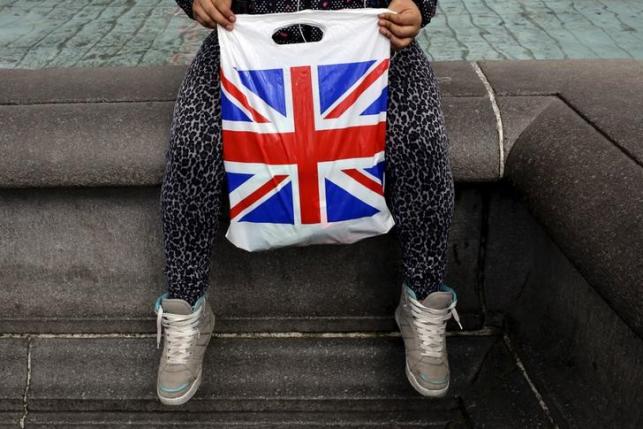 LONDON - Morale among British consumers edged up in May but uncertainty around next month's referendum on European Union membership continued to cloud the economic outlook, a survey showed on Friday. Market research firm GfK said its overall consumer sentiment indicator rose as expected to -1 in May from -3 in April, which was the weakest reading since December 2014. And while optimism about the economy in the year ahead inched higher, it was much weaker than a year earlier. "Our confidence in economic matters, whether we look back or ahead 12 months, remains way below last year. Is it because the Brexit gremlins are hard at work? Almost certainly yes," Joe Staton, head of market dynamics at GfK, said. Opinion polls show the June 23 vote on Britain's future in Europe is too close to call, and economic data suggest the uncertainty is weighing on both consumers and companies. Business investment in Britain fell in early 2016 for the first time in three years, a sign that uncertainty caused by the impending referendum is weighing on companies, according to official data on Thursday. Economists are worried about the implications of a British exit, with more than 280 academics signing a letter arguing the economy would be worse off if Britain decided to leave the world's largest trading bloc. GfK carried out the poll between May 1 and May 16 on behalf of the European Commission, and spoke to 2,001 individuals aged 16 and over. -Reuters