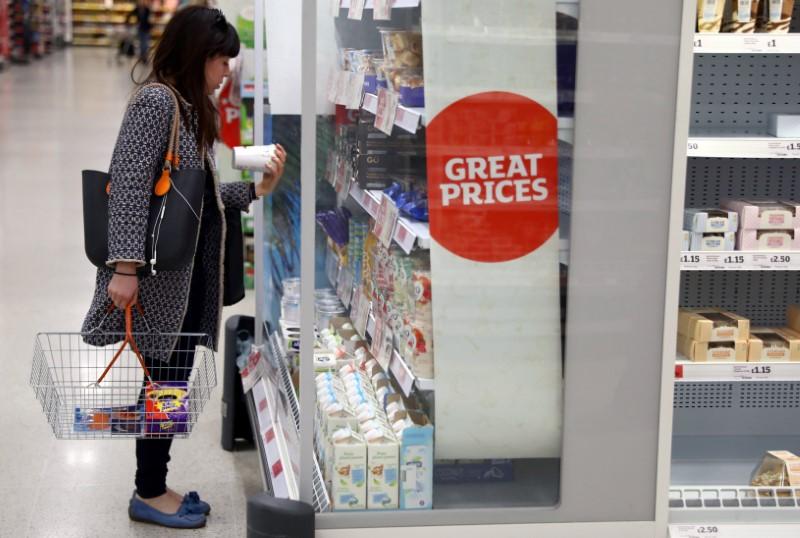 LONDON - British consumer morale has sunk back to depths hit just after last year's Brexit vote and worse may be to come as households' view of the broader economic situation dropped to a four-year low, according to a survey on Friday.

Market research firm GfK's consumer confidence index fell to -12 in July from -10 in June, a one-year low and slightly below the median forecast in a Reuters poll of economists.

The figures are likely to strengthen the conviction of Bank of England officials who want to keep interest rates on hold ahead of next Thursday's policy decision. "All bets must now be on a further drift downwards in confidence," said Joe Staton, head of market dynamics at GfK.

The component of the survey which measures households' assessment of the economic situation over the past year - a good guide to official data on household spending - hit its lowest level since July 2013. This was around the time Britain's economic recovery started in earnest.

Although unemployment is running at its lowest level since the 1970s, Staton pointed to a growing squeeze on household finances.

The Brexit vote in June 2016 led to a big fall in the value of sterling, which has pushed up inflation, eating into consumers' disposable income this year. "If Brexit negotiations continue to deliver more questions than answers, it's unlikely the overall index score will find any tailwinds for some time," Staton said.

Although the minority of BoE rate-setters who want to hike interest rates think exports and investment will soon compensate for a consumer slowdown, others are wary about how long the downturn will last.

Britain's economy failed to build much momentum over the past three months after almost stalling at the start of the year, reducing an already slim chance that the BoE will soon reverse last year's emergency interest rate cut. -Reuters