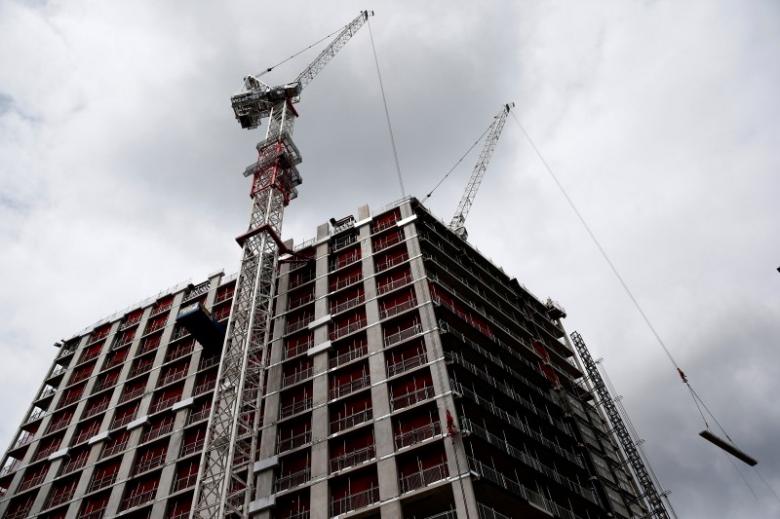 LONDON - Britain escaped a severe economic slowdown in the three months after the Brexit referendum shock, official figures are expected to show on Thursday, further diminishing the chance of a fresh interest rate cut by the Bank of England next week. With consumers so far shrugging off worries about voters' decision to quit the European Union, economists polled by Reuters have, on average, estimated that the economy grew by 0.3 percent in the July-September period from the previous quarter. Many of those analysts are forecasting growth as high as 0.4 percent, slower than the 0.7 percent expansion in April-June but better than the most recent forecast by the BoE. The data from the Office of National Statistics (ONS), due at 0830 GMT, will provide the first broad picture of the economic hit from the Brexit vote. Many private economists initially expected it would cause a recession. The BoE said as recently as September that the preliminary ONS reading would probably show growth in the third quarter of only 0.2 percent, though it expected the ONS eventually to revise that to 0.3 percent. The central bank will decide next week whether to cut interest rates further from their all-time low of 0.25 percent, something it hinted at as recently as last month. But a sharp fall in the value of the pound is likely to push up inflation, something BoE Governor Mark Carney noted on Tuesday. A Reuters poll of economists shows they now do not expect the BoE to ease policy until early 2017. By then, the economy is widely expected to be slowing more sharply as a result of Brexit. Prime Minister Theresa May has said she plans to launch formal divorce talks between Britain and the EU before the end of March, kicking off a two-year negotiation process that is likely to discourage many firms from investing. Around the same time, British households are likely to be feeling the pinch from higher inflation. The BoE expects British economic growth to slow sharply to 0.8 percent in 2017, down from 2 percent this year. Finance minister Philip Hammond will also pay close attention to Thursday's GDP figures. He is due to announce his first budget plans on Nov. 23 and has suggested he could approve higher levels of public spending if necessary to help the economy cope with the Brexit slowdown. -Reuters