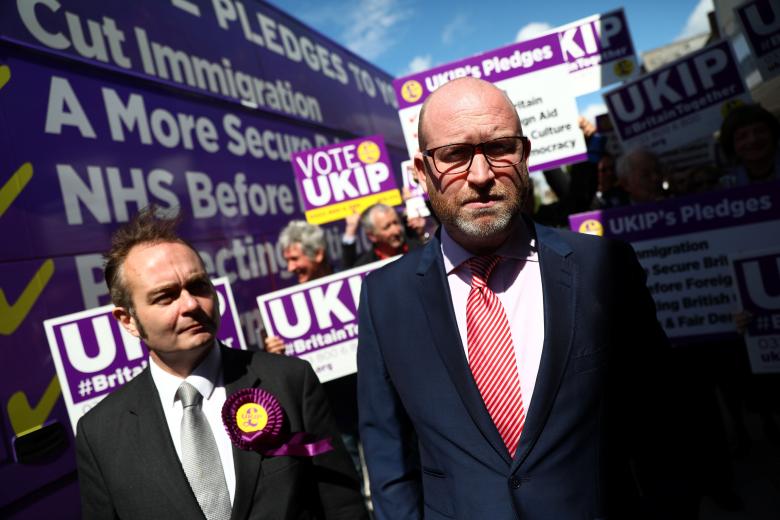 LONDON –Britain's anti-EU UK Independence Party (UKIP) will unveil its policy pledges on Thursday, restarting an election campaign which was suspended after a suicide bomber killed 22 people and injured dozens more in the northern city of Manchester.

Britons are due to vote on June 8, with the latest polls, published before Monday's attack, showing Prime Minister Theresa May's Conservatives comfortably ahead of the main opposition Labour Party, albeit with a narrowing lead.

The two main parties will restart their national campaigns on Friday but UKIP, which was key to securing Britain's exit from the European Union, said the best response to the attack was to begin as soon as possible.

"We took the decision that the best way to show these people that we will not be beaten, that they will not win, is to get back into the saddle," UKIP Leader Paul Nuttall told BBC radio.

Opinion polls providing the first insight into whether the bombing has affected voting preferences are due in the coming days.

Before the attack in Manchester, May was forced to backtrack on her plan to force elderly people to pay more for their social care after her party's opinion poll lead halved in just a few days.

At the last election in 2015, UKIP received nearly 13 percent of the vote but picked up just one parliamentary seat due to an electoral system in which smaller parties with support spread across the country rather than concentrated in certain areas are at a disadvantage.

Since then, the party has hemorrhaged around half of its support, losing its raison d'etre since Britons voted to leave the EU and enduring two divisive leadership battles to replace charismatic figurehead Nigel Farage.

The party is focusing its campaign on its "one in, one out" promise to bring down immigration and said it would make sure the government does not backtrack on commitments such an end to the freedom of movement of people after Brexit.

"UKIP is the insurance policy for the country to ensure that we get the Brexit that people voted for last year," Nuttall said. –Reuters