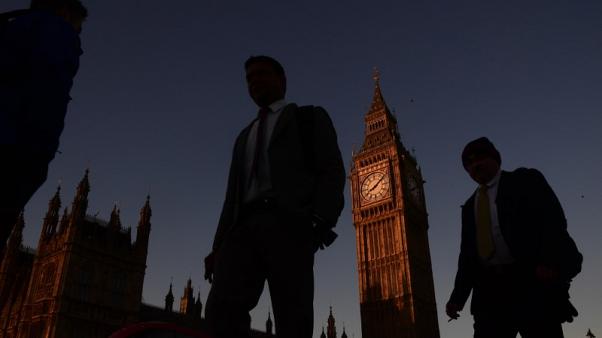 LONDON (Reuters) - British employers turned slightly more confident about hiring staff between December and February, according to a survey conducted before Britain struck a Brexit transition deal between the European Union. The Recruitment and Employment Confederation (REC) said 28 percent of companies expected to become more confident about hiring workers, compared with 19 percent who said less. The survey of 600 companies was conducted between Nov. 24 and Feb. 28. This month Brussels agreed a political, if not yet legal, deal to let Britain stay in the bloc’s single market - but without a vote - for 21 months after Brexit next March. “The announcement that EU workers who arrive in the transition period can stay is a positive step, but businesses need to know what access they’ll have to EU workers after that time period so they can plan ahead effectively,” Tom Hadley, director of policy at REC, said. The survey showed only 17 percent of employers planned to increase permanent staff over the next four to 12 months. “Employers are potentially turning to temps, which could bring opportunities to candidates interested in temporary work and the flexibility it affords, but is also a sign employers are affected by economic and political uncertainty,” Hadley said. Official data have pointed to a healthy labour market for the time being. British workers’ overall pay rose at the fastest pace in more than two years in the three months to January, bolstering the chances that the Bank of England will raise borrowing costs in May. The data also showed the number of people in work grew by 168,000, double the forecast in a Reuters poll of economists.