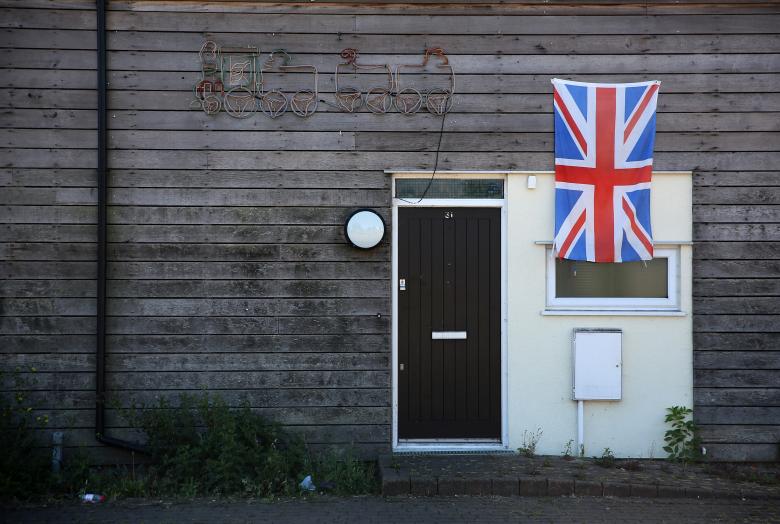 LONDON - British companies scaled back their investment plans in the month after Britain voted to leave the European Union, a survey by Lloyds Bank showed on Monday, a further sign the decision is likely to have a lasting impact on the economy. The bank's overall business confidence index, which averages the expected sales, orders and profits of 1,500 companies over the next six months, fell to a four-year low of 12 percent from 38 percent in January, Lloyds said. Companies taking part in the survey, mostly small and medium-sized enterprises (SMEs), expected to export less and were much less likely to hire or increase capital spending. Businesses in the service sector, Britain's largest, were the worst hit as their confidence dropped 30 points on average. "The EU referendum vote has introduced a level of uncertainty for companies as the UK decides on the best model for its future relationship with the EU, and this is likely to continue for the foreseeable future," said Tim Hinton, managing director of SME banking at Lloyds. The survey was conducted between July 4 and 29, mostly covering the period after Theresa May took over as prime minister on July 13, which helped to settle some of the nervousness in financial markets caused by the Brexit vote. Confidence levels fell most in areas that voted to remain in the EU, while companies in Wales, which voted to leave, reported an improved outlook, Lloyds said. Previous surveys by accountancy and industry bodies have suggested business investment is likely to fall in 2016 and 2017 as companies wait for clarity on Britain's future ties with the EU and the Bank of England has sent a similar message. A separate survey published on Monday by real estate website Rightmove showed a slight recovery in asking prices for houses in England and Wales over the period from Aug. 7 to Sept. 10. Asking prices for houses rose 0.7 percent over the period after dropping 2 percent over the previous two months, a slower increase than the 0.9 percent rise recorded over the same period in both 2014 and 2015, the survey found. -Reuters