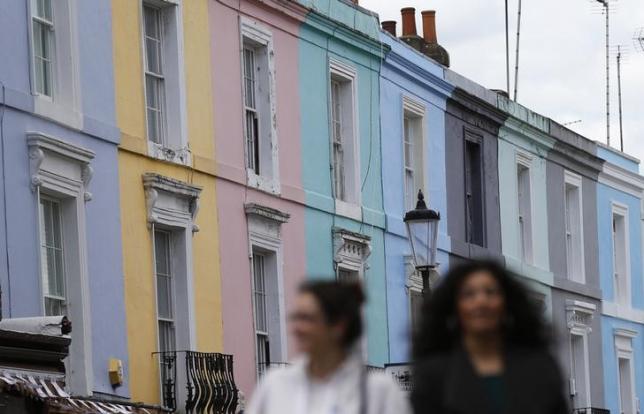 LONDON - British house price growth accelerated in September and there were signs the market in London is heating up again, mortgage lender Nationwide said on Wednesday, adding to evidence the housing market has regained momentum. House prices rose 0.5 percent month-on-month in September, slightly more than expected in a Reuters poll and up from 0.4 percent in August. An annual basis, they rose 3.8 percent, from 3.2 percent last month. The figures are the latest to show Britain's housing market is picking up after a dip last year. Official data this week showed British mortgage lending increased last month by the greatest amount since 2008. Nationwide said house price growth in London accelerated sharply in the third quarter, hitting 10.6 percent compared with 7.2 percent in the second. "The data in recent months provides some encouragement that the pace of house price increases may be stabilising close to the pace of earnings growth," Nationwide Chief Economist Robert Gardner said. "However, the risk remains that construction activity will lag behind strengthening demand, putting upward pressure on house prices and eventually reducing affordability." Last week the Bank of England's Financial Policy Committee said they expected house price inflation to pick up in the coming months and would be closely monitoring Britain's buy-to-let market, dominated by small landlords. Housing market activity cooled after tighter rules on mortgage lending took effect last year, requiring banks and building societies to make more rigorous checks on whether borrowers can afford their loans. But mortgage approvals have risen in six out of the last eight months. House price figures from rival mortgage lender Halifax are due over the next week or so. It said house prices rose strongly last month, pushed up by a lack of property coming onto the market. -Reuters