UK house prices rise by more than expected in November 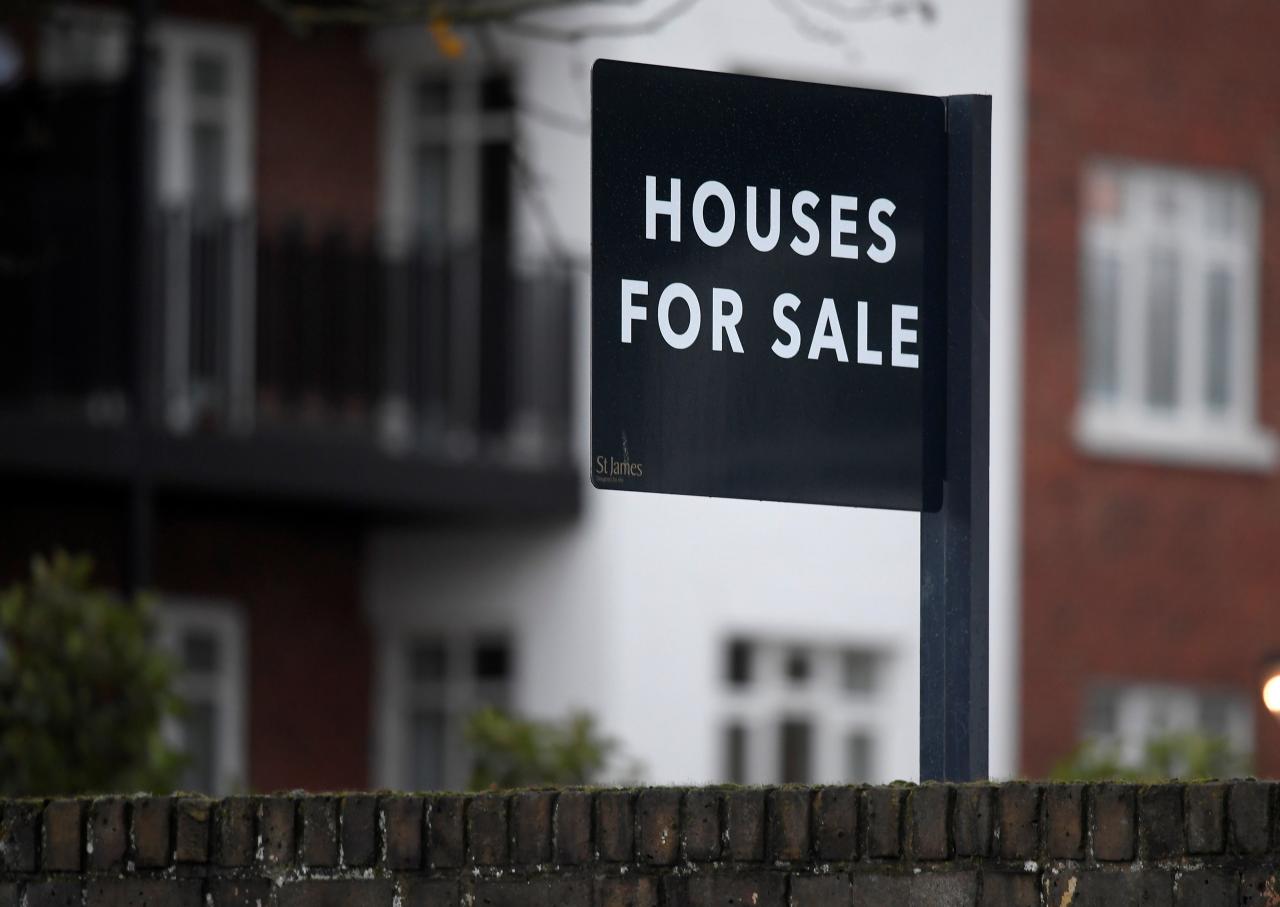 UK house prices rise by more than expected in November

LONDON (Reuters) - British house prices rose by more than expected in November and for a fifth month in a row, mortgage lender Halifax said on Thursday.

House prices rose 0.5 percent month-on-month after a 0.3 percent rise in October, Halifax said, topping the consensus in a Reuters poll of economists for a 0.2 percent rise.

But house price growth slowed on an annual basis to 3.9 percent in the three months to November, following a 4.5 percent rise in October.

“The imbalance between supply and demand continues to support house prices, which doesn’t look like changing in the near future,” Russell Galley, managing director of Halifax Community Bank, said.

Other data suggest the housing market is slowing. Nationwide, a different mortgage lender, has reported a weaker pace of house price growth recently and the Bank of England has said mortgage approvals have fallen to a more than 1-year low.

“Even if successful, the chancellor’s measures to boost house building in the budget will take time to have a significant effect so are unlikely to markedly influence house prices in the near term at least,” Howard Archer, chief economic adviser to the EY ITEM Club consultancy, said.

He added that house prices are likely to rise between 2 and 3 percent in 2018.