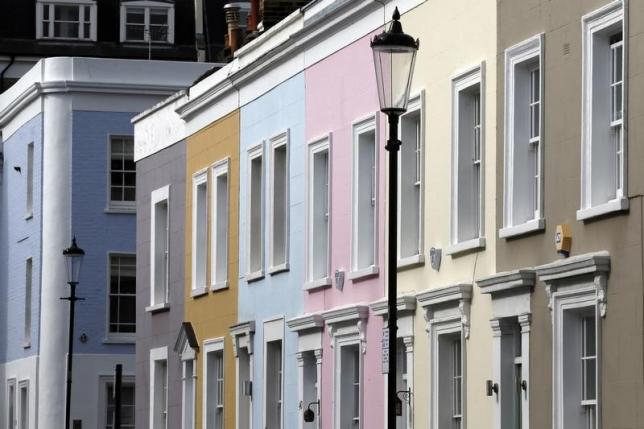 LONDON - British house prices rose last month at the fastest pace since April as a shortage of new homes intensified, adding to tentative signs a recent slowdown in the market is now easing, a survey showed on Thursday. The Royal Institution of Chartered Surveyors' (RICS) house price balance rose to +23 in October from an upwardly revised +18 in September, beating the average forecast in a Reuters poll of economists by 4 points. While demand increased modestly, RICS said there was a further slight fall in the number of new homes being put on sale. "The dire shortage of available housing across the UK is continuing to push prices upwards, regardless of the uncertainty linked to the ongoing discussions surrounding Brexit," RICS chief economist Simon Rubinsohn said. Price expectations for the coming three months edged up and were positive in all areas bar London, where prices have fallen for the past eight months, mostly in central areas. Earlier this month the Bank of England predicted house prices would fall a little in the short term with transactions remaining mostly flat, reflecting the uncertain outlook for households in 2017. RICS has previously said the Bank of England's decision to cut interest rates in August for the first since 2009 probably contributed to a brighter mood in the housing market. Rubinsohn said he would be watching for any measures designed to increasing housing supply when finance minister Philip Hammond delivers his first budget update on Nov. 23. Last month he launched a 5 billion-pound homebuilding stimulus package, including plans to borrow 2 billion pounds to help address the shortage of new housing - one of Britain's most pressing economic problems. Britain's economy has fared better in the three months after the EU vote than the BoE and most private economists expected. But an expected pick-up in inflation after a sharp fall in the value of the pound is likely to hurt spending power of many households. Companies have also said they are set to reduce investment while they wait for more clarity on Britain's future relationship with the EU. -Reuters