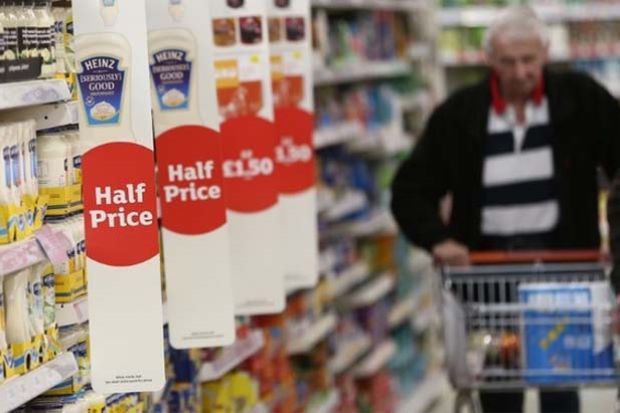 LONDON - British households' financial situation has deteriorated at the fastest rate in three years this month, as families increasingly shy away from big purchases like cars, holidays and household appliances, a survey showed on Monday.

"There are signs that squeezed household budgets and worries about earnings have started to spill over to consumer spending patterns," said Tim Moore, a senior economist at IHS Markit.

Official data due on Wednesday is forecast to show that economic growth picked up only slightly in the three months to the end of June. Analysts polled by Reuters see an expansion of 0.3 percent compared with 0.2 percent in the first quarter - half Britain's long-term average growth rate.

Subdued growth may stay the hand of the Bank of England when it considers next week whether to raise interest rates for the first time in a decade. Some policymakers have already called for a rate hike due to worries of persistent price pressures.

IHS Markit said just 27 percent of the households it surveyed expected rates to rise in the next six months, the lowest proportion since October.

The survey also showed that households' willingness to make big purchases fell to its lowest since December 2013.

This tallies with downbeat results from British electrical retailer AO World, which reported on Friday that annual sales growth slowing to 2.5 percent in the three months to the end of June, compared with 12.9 percent in the preceding year.

British consumer price inflation reached its highest in nearly 4 years at almost 3 percent in May, before slowing in June. But annual wage growth is less than 2 percent. "July's survey highlights that the recent moderation in inflationary pressures has yet to provide much relief," Moore said. -Reuters