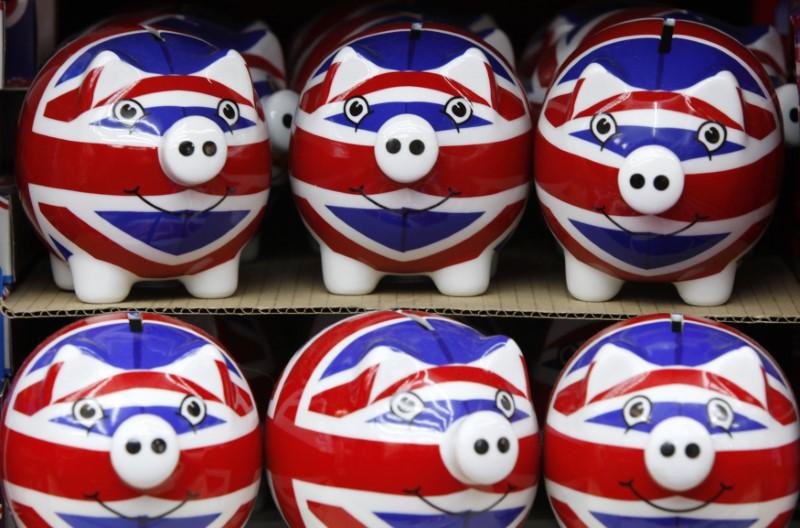 LONDON (Reuters) - Britons’ incomes are rising at near their fastest rate since the depths of the financial crisis in 2009, increasing the chance the Bank of England will soon raise interest rates again, a survey of households showed on Monday.

IHS Markit said an upcoming increase in the minimum wage was the most likely reason why households reported that their income from work grew at the fastest rate since July 2016, when income growth hit its highest since the survey began in January 2009.

The BoE is unlikely to raise interest rates on Thursday following this week’s meeting, but will probably do so after it next meets in May, according to a Reuters poll of economists.

Some 57 percent of households expect the BoE to raise rates in the next six months, little changed from February, IHS Markit said.

However, much depends on whether Prime Minister Theresa May can agree a Brexit transition deal when she meets European Union leaders in Brussels next week, just over a year before Britain is due to leave the EU.

Last month the BoE said rates would probably need to rise sooner and by somewhat more than it had previously thought, after increasing them for the first time in more than a decade in November.

Britain’s economy slowed last year from being the best performer in the G7 group of rich nations to the worst, as higher inflation since June 2016’s Brexit vote has reduced households’ disposable income.

But a boost to exporters from strong global growth means the economy is still expanding fast enough for the BoE to fear that inflation will not fall very quickly from November’s five-year high of 3.1 percent.

Last week government forecasters edged up their growth forecast for 2018, and on Monday the British Chambers of Commerce revised up its forecast to 1.4 percent from 1.1 percent - bringing it roughly in line with the average among economists.

“A moderate pick-up in pay growth (is) expected to support a modest improvement in consumer spending, a key driver for the UK economy,” BCC economist Suren Thiru said.

Unemployment close to a 42-year low should cause annual wage growth to pick up to 3 percent early this year, a rate it has not regularly sustained since the crisis, BoE chief economist Andy Haldane said last month.

The BCC said Brexit was distracting the government from improving training, infrastructure and immigration processes.

“The UK economy as a whole should be performing better than it is, given robust and sustained global growth,” BCC director-general Adam Marshall said.