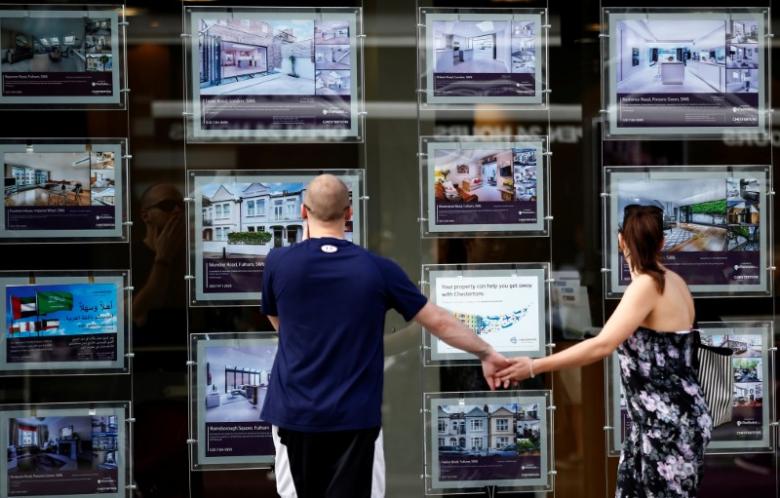 LONDON - British house prices hit a seven-month high in November and companies hired more workers, surveys showed on Thursday, suggesting the economy remained resilient five months after Britain's vote to leave the European Union. The Royal Institution of Chartered Surveyors said its measure of house price growth hit +30, up from +23 in October and higher than a forecast of +26 in a Reuters poll of economists. However, the number of prospective buyers remains low and a recovery in the market is likely to be modest given the uncertain outlook for Britain's economy, Simon Rubinsohn, RICS chief economist, said. "This is significant not just for the housing market itself but also for the wider economy given how much of consumer spending is tied in with home purchases," he said. Prices rose in most regions but fell in London albeit at a slower pace than in recent months. Expectations for price increases in the capital over the coming year remained low as higher taxes on buy-to-let investors and on expensive properties continued to weigh. Britain's economy has fared better than many economists expected in the months after the Brexit vote in June. But it is likely to be put to a stiffer test in 2017 when inflation is expected to rise and hit the spending power of consumers. A separate report released on Thursday by the Recruitment and Employment Confederation showed firms hired permanent staff in November at the fastest pace since February. Hiring of temporary staff also increased. Permanent starting salaries rose at their fastest rate in six months. "In all parts of the UK recruiters are reporting increasing demand, so clearly businesses continue to seek growth in their workforces," REC Chief Executive, Kevin Green, said. But a skills shortage could be exacerbated by any restrictions imposed by the government as part of Britain's future relationship with the EU. A similarly upbeat picture of the labour market came from jobs website Reed which said the number of advertised jobs was 7 percent higher in November than in the same month last year with manufacturing and retail sectors driving the growth. -Reuters