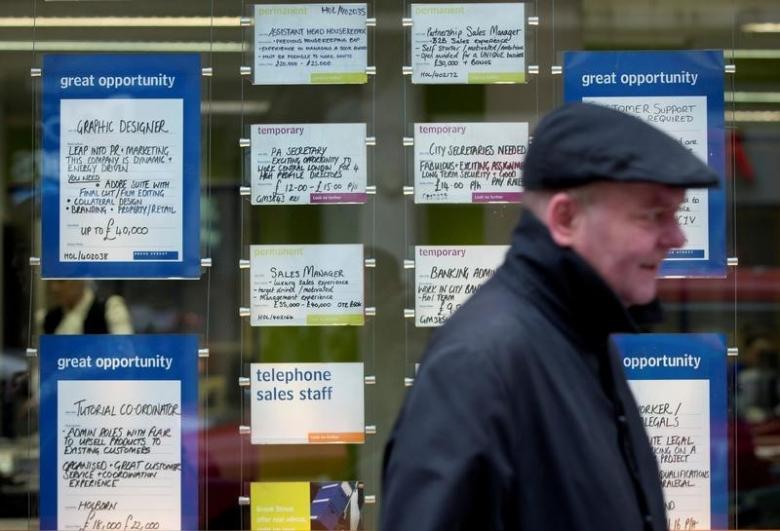 LONDON - Lower hiring by British companies in financial and business services, construction and utilities could be "cracks in the ice" of the country's labour market, a survey of employers showed on Tuesday, two-and-a-half months after the Brexit vote. Manpower Group's quarterly survey of more than 2,000 employers – its first since voters decided to leave the European Union in June – also showed that poorer areas such as Northern Ireland and Wales faced weakening employment prospects. Overall, employers intended to hire more people than they will fire in the fourth quarter. An increase in hiring intentions in London and northwest England and in the agricultural, hotel and retail businesses kept the hiring outlook index unchanged at +5 percent. But business and finance services, construction and utilities – described as bellwether sectors - all reported four-point falls in employer optimism from the third quarter. Britain's unemployment rate has fallen sharply over the past three years but it is expected to rise in the coming months and years as the economy slows due to uncertainty caused by the Brexit vote. Manpower said hiring intentions in manufacturing fell two points to the weakest level in three years despite a fall in the value of the pound that should make exports more competitive. Manpower Group said the survey showed “vital warning signs that the UK jobs market could be in for a rough ride.” "After the initial shock of Brexit, we're entering a new phase of prolonged economic uncertainty," the head of Manpower's British unit Mark Cahill said in the statement. -Reuters