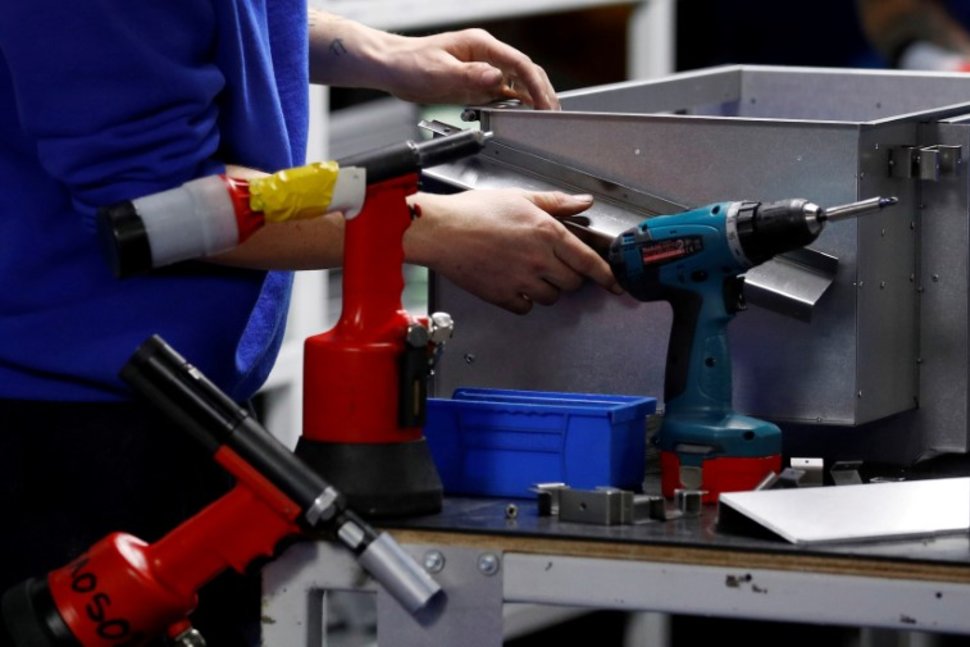 LONDON, (Reuters) - Manufacturing growth in Britain cooled to a one-year low in the first quarter of 2018, according to a survey on Tuesday that suggested the economy remains on a slow but steady course a year ahead of Brexit. The IHS Markit/CIPS UK Manufacturing Purchasing Managers’ Index (PMI) inched up to 55.1 in March from a downwardly revised 55.0 in February, beating the 54.5 consensus in a preliminary Reuters poll of economists. But January’s reading was also revised lower and for the first quarter as a whole, the PMI suggested factory output rose at a quarterly rate of about 0.4 percent to 0.5 percent, slowing from 1.3 percent in the fourth quarter of 2017. Manufacturing, which accounts for about 10 percent of Britain’s economy, was a relative bright spot for Britain’s economy late last year, when growth for the economy as a whole was the weakest among the Group of Seven rich nations. The slowdown was due in large part to weaker consumer demand caused by higher inflation after June 2016’s Brexit vote. A PMI published earlier on Thursday showed growth in euro zone manufacturers slid to an eight-month low in March, although they continued to outpace their British peers. “The latest PMI survey provided further evidence that UK manufacturing has entered a softer growth phase so far this year,” said Rob Dobson, director at data company IHS Markit. “Although the pace of output expansion ticked higher in March, which is especially encouraging given the heavy snowfall during the month, this was offset by slower increases in new orders and employment.” The PMI’s new business index hit a nine-month low in March, marked by a tailing off in growth in export orders — possibly reflecting sterling’s recent rally. The pound has gained more than 4 percent against the US dollar since the end of 2017. A Confederation of British Industry survey last week also suggested growth in manufacturing moderated recently. Tuesday’s PMI showed growth in cost pressures for factories and their selling prices cooled in March, something that may reassure Bank of England officials who are keeping an eye on inflation pressures. Most economists polled by Reuters think the central bank is likely to raise interest rates to a new post-financial crisis high of 0.75 percent in May. “With cost inflationary pressures also moderating to provide some respite for margins, the sector looks set to make further slow and steady progress as we head through the spring,” Dobson said. PMIs covering the construction and services sectors are due on Wednesday and Thursday.