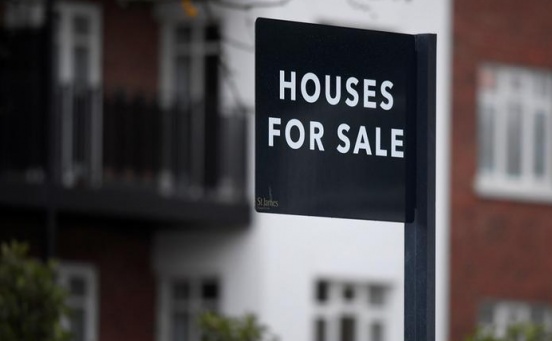 LONDON, (Reuters) - - British banks approved the fewest mortgages for house purchases in over a year last month, while existing home-owners rushed to refinance loans ahead of a widely expected Bank of England rate rise earlier this month.

Britain’s economy has slowed since the start of the year has higher inflation since June 2016’s Brexit vote has eaten into households’ disposable income. The BoE has urged banks to set extra money aside against the risk of bad consumer loans.

“The anticipated Bank Rate rise saw a flurry of remortgage activity as many homeowners took advantage of the competitive rates on offer,” said Mohammad Jamei, senior economist at UK Finance.

At the start of this month the BoE raised interest rates for the first time in a decade, although it expects the pace of further increases to be very gradual.

Earlier on Friday, a survey from polling company YouGov and economics consultancy CEBR showed consumer sentiment had fallen to its lowest since just after the Brexit vote.

Lending to non-financial businesses dropped by a net 1.501 billion pounds, the sharpest fall since February.

“Businesses continue to exercise a cautious approach to borrowing with survey indicators showing demand for credit from smaller and medium sized businesses falling in the third quarter,” UK Finance said.

Friday’s UK Finance data cover most British banks, but do not include building societies, which account for a big chunk of mortgage lending. The Bank of England will release more comprehensive data on Nov. 29.