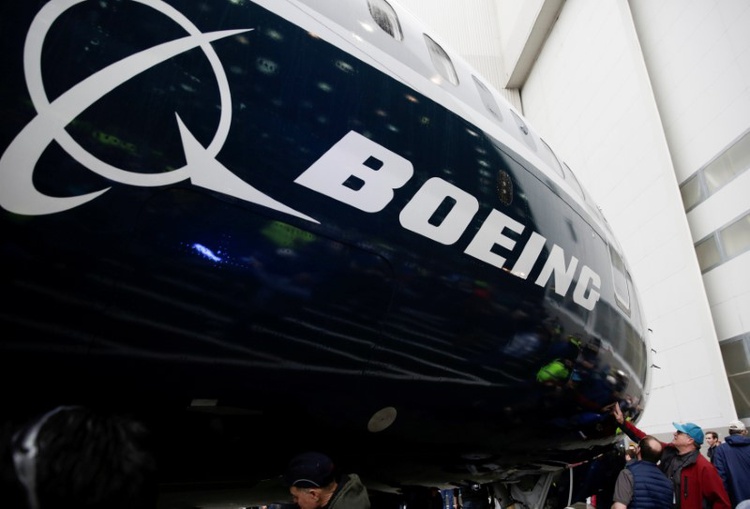 LONDON/PARIS (Reuters) - Britain’s government is nearing a decision to buy four to six surveillance planes built by US aerospace giant Boeing, sources familiar with the plans said, a move that could stir a growing debate over UK and European defence jobs. The contract to replace its six ageing E-3D Sentry airborne early warning (AWACS) planes with a fleet of Boeing E-7 Wedgetail jets would, if confirmed, be worth over $1 billion (£0.8 billion). But the decision, which could be announced in coming weeks, is likely to anger some UK lawmakers who have called for a full competition, and may also spark formal protests by European defence companies keen for the business. Airbus, which is said to be teaming up with Sweden’s Saab to offer an alternative, is anxious to try to prevent the deal being awarded without competition and does not rule out mounting a legal challenge, a person close to the matter said. A spokesman for Britain’s defence ministry said, “We tender contracts competitively wherever appropriate. It is too early to comment further at this time.” Boeing and Airbus had no immediate comment. The decision over whether to order the equipment from the United States or to look to continental Europe reflects broader divisions over Britain’s external relations after it leaves the European Union, with thousands of high-tech jobs at stake. US President Donald Trump, whose support is vital as Britain seeks to forge new trade deals outside the European Union, extolled the benefits of buying from US arms firms including Boeing after a NATO summit . But Airbus, which recently clashed with the UK government over delays in negotiating Brexit, is expected to defend a European solution based on its A330 jetliner and Saab’s Erieye radar and will argue Boeing trade actions put UK jobs at risk. “It would mean the UK is no longer a trustworthy place to do business,” a person close to the company said.

The chairman of the British parliament’s defence committee this month posted a letter dated June 26 to the procurement minister, arguing that open competition would save money. Boeing’s supporters say the E-7A planes - based on the 737 jetliner and already in use by Australia, South Korea and Turkey - would speed delivery to the UK military, which had deferred purchases to devote resources to wars in Iraq and Afghanistan. Boeing is willing to offer British firms a significant share of work on the programme, one of the sources said. It would fly 737 jetliners to the UK and allow firms there to do work needed to turn them into airborne surveillance and command posts. It hopes that would sweeten the deal for Prime Minister Theresa May’s fragile government at a time when firms including Airbus are talking of reviewing UK investments due to Brexit. Defence analysts say Boeing is keen to patch up a row with the UK last year over Belfast jobs placed at risk by an unsuccessful trade case against Canada’s Bombardier. The spat briefly threatened May’s parliamentary majority by leaving her exposed to a Northern Irish party representing many Bombardier workers, and prompted warnings from the then-British defence minister that Boeing could lose future UK business. Airbus allies say awarding the airborne surveillance contract to Boeing would “reward bad behaviour”. But Boeing sources say it already plans to double the number of employees in the UK and that competing AWACS products only exist on paper.