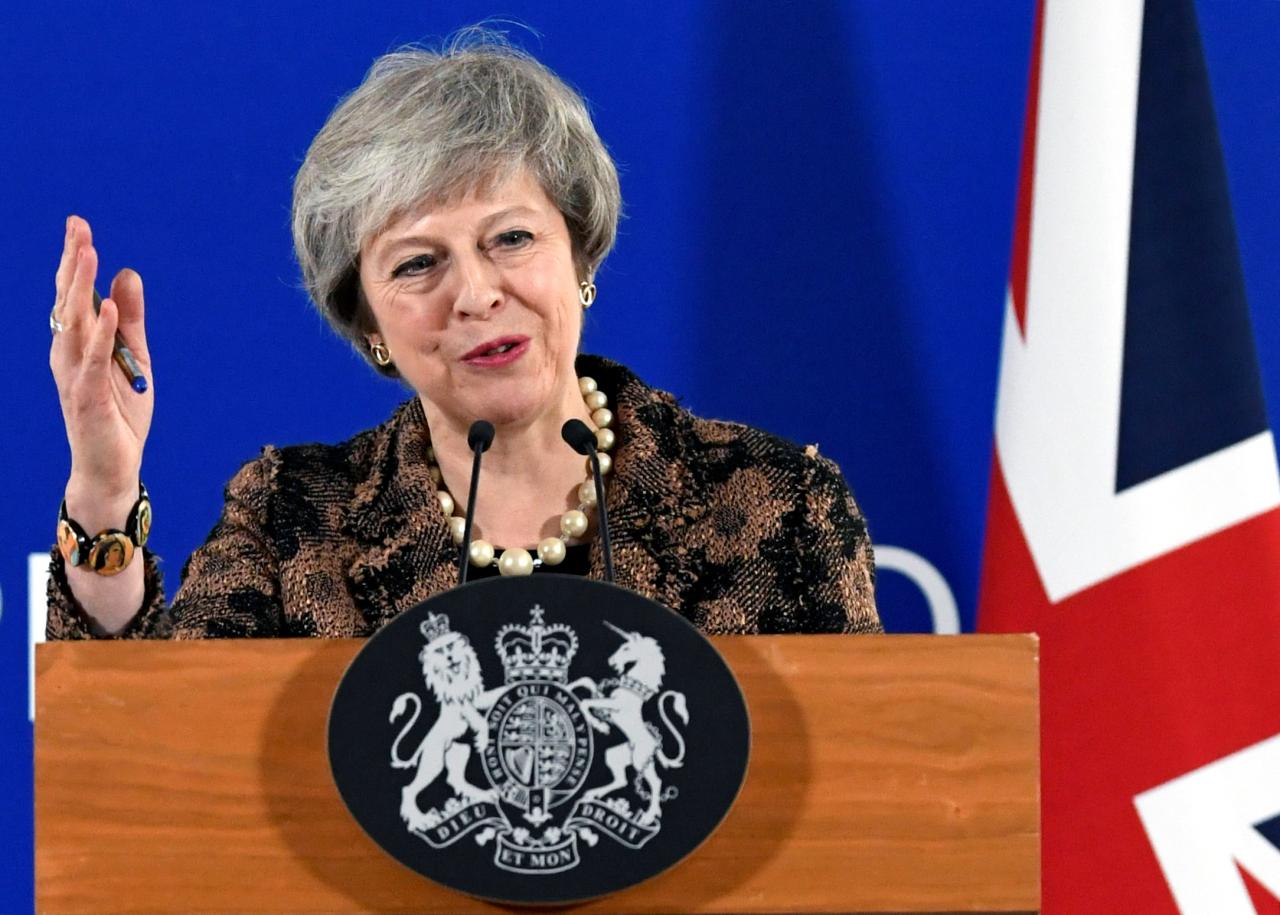 LONDON (Reuters) - British Prime Minister Theresa May’s government suffered a defeat in parliament on Tuesday when lawmakers who oppose leaving the European Union without an accord won a vote that created a new obstacle to a no-deal Brexit. The 303 to 296 defeat means that the government needs explicit parliamentary approval to leave the EU without a deal before it can use certain powers relating to taxation law. The defeat highlights May’s weak position as leader of a minority government, a divided party, and a critical parliament just days before she is due to hold a pivotal vote on whether to approve the Brexit deal she has negotiated with the EU. “This vote is an important step to prevent a no-deal Brexit. It shows that there is no majority in Parliament, the Cabinet or the country for crashing out of the EU without an agreement,” opposition leader Jeremy Corbyn of the Labour Party said. The government downplayed the significance of its defeat. “This amendment does not change the fact that the UK is leaving the EU on the 29 March, and it will not stop the government from collecting tax,” a spokesman said. “We will work with Parliament to make sure that the tax system works smoothly in all Brexit scenarios.” With less than three months until Britain leaves the EU, May is struggling to win approval for her Brexit deal. A no-deal exit is the default scenario if May’s deal is rejected, and the prospect of possible supply chain disruption, medicine shortage and blocked ports has in recent weeks pushed companies and the government to ramp up contingency planning. Some Brexit supporters say a no-deal exit is the only way to truly leave the bloc and that warnings of the economic consequences have been overblown to drum up support for May’s plan. But, a majority of lawmakers from across the political spectrum opposed to a no-deal exit have now established their political significance and promised to keep making it harder for the government to leave without a deal. Opposition lawmaker Yvette Cooper said it showed the strength of concern about the dangers a no-deal Brexit could pose to manufacturers, jobs, food prices, policing and security. “It is a warning to the Government not to drift into No Deal at the end of March by accident or through brinkmanship,” she said. “Whilst this amendment only applies to the Finance Bill, and whilst there are still a wide range of different views on the best way forward, it shows that enough MPs (lawmakers) are ready to come together in a sensible way to oppose a chaotic No Deal.” The amendment to legislation implementing last year’s budget states that powers to amend tax laws to make them work after Brexit could only be used if a deal was agreed, Brexit was cancelled, or, if the government had parliamentary approval to proceed with a no-deal exit. Effectively this constrains the government’s ability to act to keep its taxation system working smoothly if it pursues a no-deal Brexit against the wishes of a majority in parliament. It is not an absolute block to leaving the EU without a deal because it does not negate the legislation already in place stating that Britain will leave the EU on March 29. But it is a politically important victory for those opposed to no-deal, demonstrating that they have the ability to defeat the government. With a raft of other legislation still needing to be approved before Brexit day, that signals further difficulties for the government if it pursues a no-deal exit. One member of May’s party who co-signed the amendment said he hoped similar tactics would be used on other pieces of legislation - a sentiment endorsed by others in the debate.