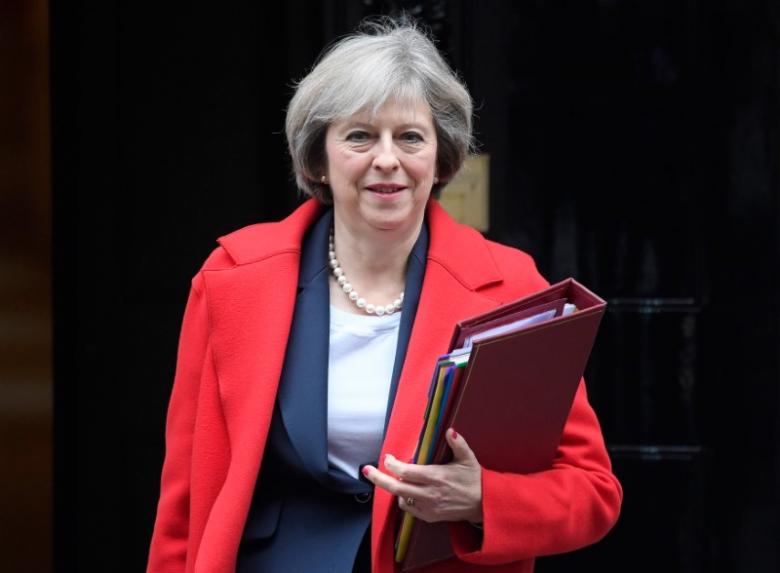 LONDON – British Prime Minister Theresa May faces a rebellion among her own lawmakers when parliament debates whether the government should set out its Brexit plan before triggering formal divorce talks with the European Union. May, who plans to kick off the exit process by the end of March next year, has said the government will not give a running commentary on its preparations for Brexit as this would damage its negotiating position. The opposition Labour Party has put forward a motion, to be debated on Wednesday, calling on the government to publish its plan for leaving the bloc before it invokes Article 50 of the EU's Lisbon Treaty to begin the formal Brexit process. The BBC reported that one former minister had predicted between 20 and 40 lawmakers from May's ruling Conservatives could support the motion, which is not binding on the government but would increase pressure on it to be more open. "These things are incredibly important. This actually transcends party politics and tribalism. There is nothing in it which I don't agree with," remain-backing Conservative lawmaker Anna Soubry told BBC Radio, referring to the motion. "The contents of that motion are eminently supportable." While asking May to commit to publishing the government's Brexit plan, the motion also says there should be "no disclosure of material that could be reasonably judged to damage the UK in any negotiations to depart from the European Union". "This is a real opportunity to finally get clarity on the government's plan for Brexit," Labour Party Brexit spokesman Keir Starmer, who put forward the motion, said in a statement. "Parliament and the public need to know the basic terms the government is seeking to achieve from Brexit. This issue is too important to be left mired in uncertainty any longer." May avoided a parliamentary rebellion in October by agreeing to a motion that parliament would have opportunities to debate Brexit on the condition that it would not undermine her negotiating strategy. When asked about Wednesday's debate, a spokesman for May said the government would not be setting out its plans before triggering Article 50. "We have been very clear that setting out the terms of our negotiation before we need to do so is the best way of getting the worst possible deal," he said. –Reuters