UK retail spending picks up in May after two flat months 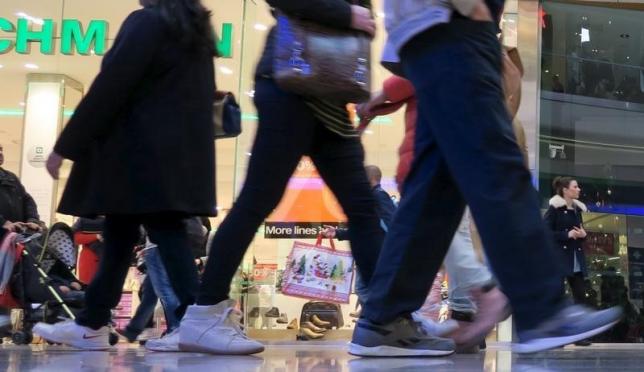 UK retail spending picks up in May after two flat months

LONDON - British shoppers parted with more of their cash in May but uncertainty about the economy is likely to keep a lid on sales growth, a survey showed on Tuesday. After two flat months, spending rose by 1.4 percent compared with May of last year, boosted by clothes sales, the British Retail Consortium (BRC) said. "However, with signs that the UK's economy is slowing, it's unlikely that this is the beginning of a complete reversal of fortunes," BRC chief executive Helen Dickinson said. "The uncertain outlook means that customers will remain cautious with their spending, therefore we expect sales figures to remain volatile for the time being." Britain's economy has slowed ahead of the country's June 23 European Union membership referendum, adding to other long-standing problems for retailers who have had to slash prices to attract customers. Clothing and food retailer Marks & Spencer cautioned in May that consumer confidence has dipped in the last few months. Rival Next has said that 2016 could be the toughest year since 2008. On a like-for-like basis, stripping out changes in the amount of retail space open to shoppers over the past 12 months, the BRC said sales rose by 0.5 percent in May compared with a 0.9 percent fall in April. Separate figures from Barclaycard, the credit card division of Barclays also showed consumer spending rebounded in May, rising 3.6 percent year-on-year, following two months when growth fell below 2 percent. "While it's encouraging to see May's numbers move sharply positive, 2016 spend is trending significantly below last year so it will be interesting to see whether these numbers are a seasonal blip or the beginning of a real and sustainable upturn in consumer spending," said Paul Lockstone, managing director at Barclaycard. The BRC figures are not seasonally adjusted, leaving them vulnerable to changes in the timing of Easter. -Reuters