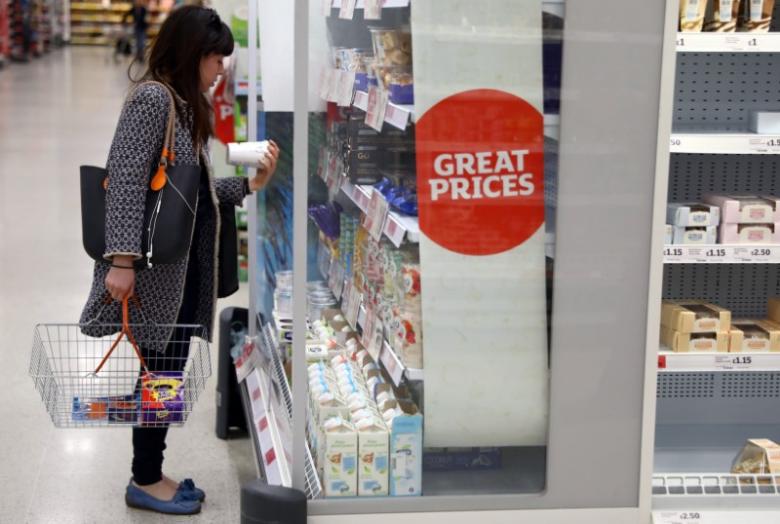 LONDON - British retailers reported only weak growth in sales over the Easter holidays, a survey showed on Friday, adding to signs that consumer spending is losing steam as Britain gears up for a national election next month.

Retail sales in the five weeks to the end of April were 1.9 percent higher than the same period in 2016 on a like-for-like basis that excludes new store openings, accountants BDO said.

BDO said this was weaker than it had expected, despite marking the fastest growth since September 2015, as it had expected more of a rebound from April 2016's 6.1 percent slump.

Easter - which usually gives a boost to sales - fell in April this year, unlike in 2016.

"With Easter falling later, retailers would have been expecting a boost in sales in April, so these poor results will be clearly disappointing," Sophie Michael, head of retail and wholesale at BDO, said.

BDO's figures are not the first to record sub-par consumer spending as inflation gathers steam in the wake of sterling's post-Brexit vote fall, but there had been some expectation of a post-Easter pick-up.

Official figures for the first quarter of 2017 showed the sharpest fall in sales volumes since 2010, but figures for early April from the Confederation of British Industry had pointed to a rebound.

Inflation is picking up as shops increasingly pass on higher import costs triggered by sterling's fall after June 2016's vote to leave the European Union.

Higher prices are hurting consumer demand, as well as creeping on to the political agenda before a June 8 election called by Prime Minister Theresa May in a bid to strengthen her mandate as she gears up for almost two years of Brexit talks.

On Thursday, fashion chain Next, Britain's most successful in recent years, reported "challenging" conditions for retailers as it lowered its annual profit forecast, citing wage growth falling towards zero in inflation-adjusted terms.

Spending at clothing stores in the first three months of 2017 was down 4.6 percent on a year earlier, while high-street electronics retailers reported a 4.2 percent decline.

Overall spending grew by 1.5 percent, boosted by hefty rises in spending on eating out and drinking, as well as at tourist attractions. Foreign tourists' spending at department stores and electrical retailers was also up by more than a fifth.

Sterling has strengthened about 2.5 percent since Prime Minister Theresa May called the election last month, and topped $1.29 as of Thursday. -Reuters