UK reviewer criticized after jumping the gun on Cumberbatch's 'Hamlet' 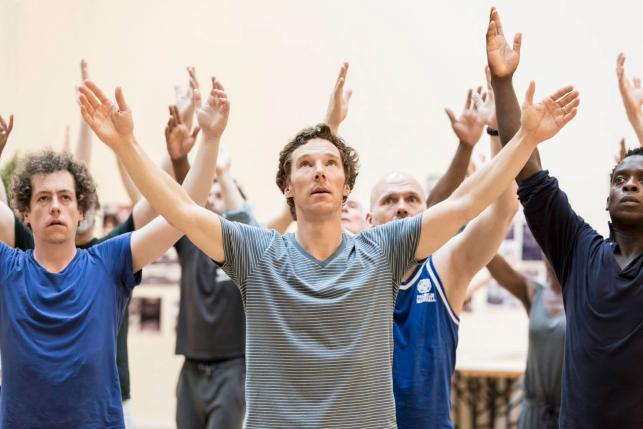 UK reviewer criticized after jumping the gun on Cumberbatch's 'Hamlet'

LONDON - The theater critic of the London Times received poor reviews of her own after she broke with protocol by reviewing Benedict Cumberbatch's hotly anticipated "Hamlet" weeks before its official opening. Cumberbatch, 39, star of the BBC TV series "Sherlock" who has become one of Britain's biggest sex symbols, had all the energy Hamlet required but little subtlety, said Kate Maltby in a tepid review entitled "What a waste! It's Shakespeare for the kids." The early verdict caused anger in an industry that uses previews to tune performances and fix production issues before facing the press at the official opening night. "Really shoddy journalism for the Times to review the first preview of Hamlet. Breaks all boundaries of protocol, taste and art. Bad form," actor Samuel West tweeted. Producers Sonia Friedman Productions said no critics were granted access to the first preview of Hamlet. "There has been some reporting to the contrary," it said in a statement. "Our opening night remains August 25." Maltby said the Times had been made aware another newspaper, which she declined to name, had been granted access to the production in return for favorable coverage, and she was therefore offering an early independent review. However, perhaps mindful that "the lady doth protest too much," she conceded to BBC radio there was "something very unfair about giving a final verdict on a production on the first day." She said the decision to move "to be or not to be," Shakespeare's most famous soliloquy, to the opening from its position in the middle of the play was "indefensible." She was not the only journalist in the audience on Wednesday for a run that sold out nearly a year ago, forcing bereft fans to camp out for hours to get one of the few tickets released every day. Daily Mail columnist Jan Moir also attended the preview at the Barbican Theatre as did the Telegraph, which posted a "first look." Moir, who awarded the production five stars, said Cumberbatch "walked in the footsteps of the greats with his electrifying performance." - Reuters