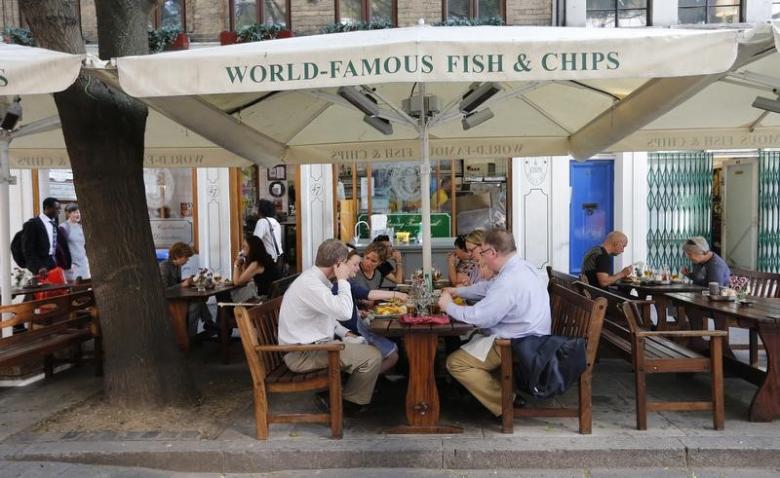 LONDON - Firms in Britain's large services sector reported a sharp fall in profits over the past three months due to higher costs and weak sales, the Confederation of British Industry said on Monday. "Optimism among firms in the UK service sector has fallen ... as rising costs and sluggish volumes of business have led to a drop in profitability," CBI chief economist Rain Newton-Smith said. The CBI said overall morale among firms was falling less steeply than when it last polled businesses three months ago, and businesses such as hotels, bars and restaurants were benefiting from buoyant spending by consumers who have so far shown little nervousness about June's Brexit vote. However, businesses that work for other firms - such as lawyers and accountants - said business volumes had barely risen and were expected to fall slightly over the next three months. The downbeat tone contrasts with fairly robust official economic data, which showed little slowdown in growth or business investment in the three months since the vote to leave the European Union on June 23. The CBI said firms it had surveyed still planned to hire and to invest - especially in information technology - but uncertainty over future growth could hold them back. Businesses and economists have warned that sterling's sharp fall against the dollar after the referendum is likely to lead to higher prices next year, reducing consumers' spare income and sapping economic growth. Last week government forecasters predicted annual economic growth would slow to 1.4 percent next year from an estimate of 2.1 percent in 2016. -Reuters