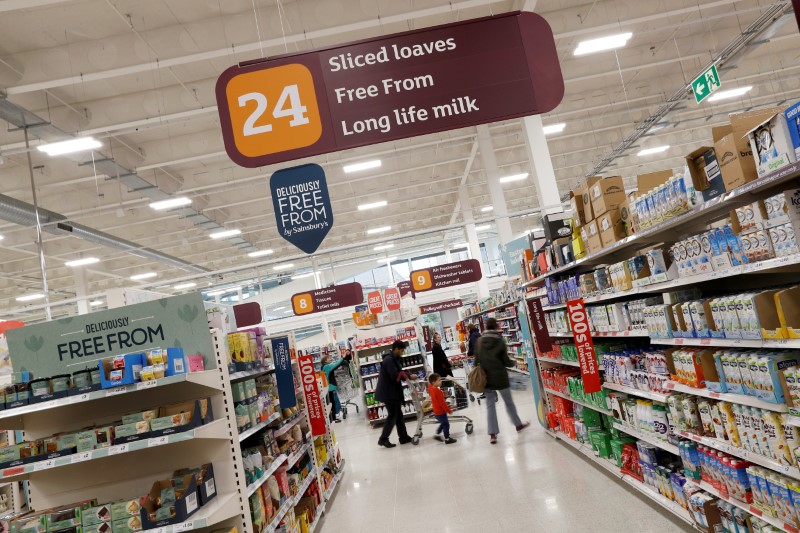 LONDON (Reuters) - British shop prices fell in July at their slowest pace since the end of 2017 and food inflation picked up speed, according to data on Wednesday that will be little relief for households still feeling the pinch on their spending power.
Overall prices paid by shoppers were 0.3 per cent lower last month than in July 2017, down from a 0.5 percent fall in June and the smallest annual decline since December, the British Retail Consortium (BRC) said. Food prices rose by an annual 1.6 per cent in July, up from 1.2 per cent in June and May. The BRC’s measure of shop prices has shown deflation for 63 consecutive months as retailers battle to win over shoppers, many of whom have had pay increases below the rate of inflation for much of the past decade. BRC Chief Executive Helen Dickinson said food prices were pushed up by Europe’s cold spring and hot summer which would continue to keep pressure on prices in the months ahead. The Bank of England says inflation, which stood at 2.4 percent in June, will slow this year from a peak of 3.1 pe rcent in November. It is widely expected to raise interest rates on Thursday to guide inflation down to its 2 percent target.