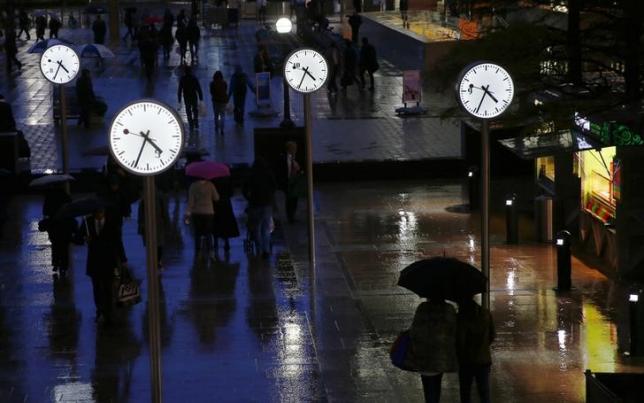 LONDON - British starting salaries for permanent jobs rose at the weakest pace in 18 months in July and firms hired staff at the slowest rate in over two years, according to a survey of recruitment agencies that adds to signs of a cooling labour market. The monthly report by the Recruitment and Employment Confederation (REC) comes a day after the Bank of England said it was unclear if a recent fall in hiring was due to skills shortages or a slowing of the economy. The REC said growth in the number of both permanent and temporary staff hired was its weakest in more than two years. While the number of vacancies continued to rise strongly, growth here was also the weakest since mid 2013, when Britain's labour market first started to pick up. Average starting salaries for permanent jobs rose at the slowest pace in one-and-a-half years, but many recruiters said skill shortages were still putting upward pressure on wages. Wage growth is a key factor for the Bank of England as it gauges when to raise interest rates from their crisis-era record low so it can keep future inflation in check. Official data last month showed Britain's unemployment rate rose for the first time in more than two years in the three months to May, but earnings rose strongly. Business surveys this week pointed to a slowing pace of hiring, suggesting the labour market is moderating after a strong two-year run. REC's chief executive Kevin Green singled out a shortage of construction workers as a particular worry. "If construction companies don't have the people they need, both infrastructure projects and housebuilding will be constrained, and this will have an impact on wider economic growth," he said. -Reuters