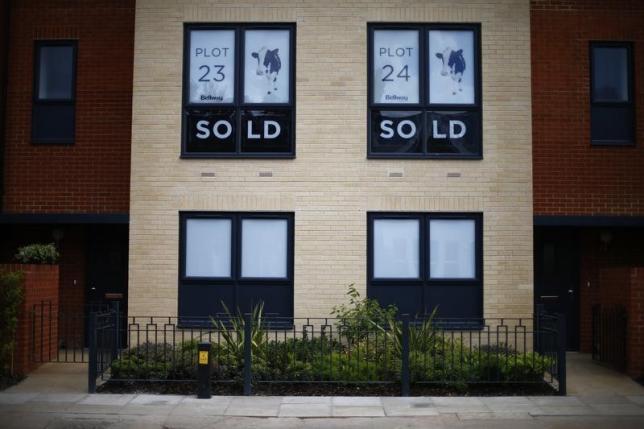 LONDON - British house prices rose at their fastest rate in a year last month, and a shortage of homes is likely to push prices even higher over the next year, a body representing property valuers said on Thursday. The Royal Institution of Chartered Surveyors said its monthly house price balance rose to +44 in July from +40 in June, the highest since July 2014 and a bigger rise than most economists polled by Reuters had expected. Buyers showed the highest demand for properties in six months, while those who owned homes already seemed reluctant to move because of the limited choice of other properties available, RICS said. "A renewed acceleration in house price inflation allied to a fairly flat trend in sales activity highlights the very real challenges being presented by the housing market," RICS chief economist Simon Rubinsohn said. RICS said the government had not taken enough action to reduce planning restrictions on new housing and other factors responsible for the lack of new homes being built. "A coherent and coordinated house building strategy is required," RICS head of policy, Jeremy Blackburn, said. -Reuters