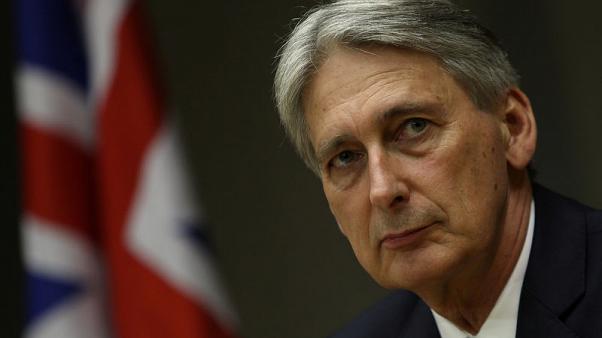 LONDON (Reuters) - British Chancellor of the Exchequer Philip Hammond is likely to give a 900 million pound ($1.15 billion) tax cut to small high-street retailers in his annual budget on Monday to help them compete against online competition, the government said . High-street shops have long complained that Britain’s tax system unfairly favours online retailers and out-of-town stores, which face lower business property taxes than firms operating from expensive town centre locations. Britain’s finance ministry said that starting from next year, almost half a million small retailers would enjoy a cut of a third to their property taxes, known as business rates. A further 650 million pounds will be available over the next four years to improve infrastructure, under-used property and transport links in town-centre shopping areas. “This package will provide short-term relief for struggling retailers and a long-term vision for town centres, helping them to meet the new challenges brought about by our changing shopping habits,” the finance ministry said. Economists expect Hammond to announce rosier figures on the public finances on Monday, but refrain from big spending or tax announcements at a time of economic uncertainty and political fragility before Britain leaves the European Union next year. Business rates raised 27.4 billion pounds last year, just under 4 percent of total government revenue. The finance ministry declined to comment before Monday’s full announcement on whether the tax break would be permanent, or if 900 million pounds was the cost for 2019/20 alone. The British Chambers of Commerce said the move was very welcome, but that in the longer term the business rates system needed fundamental reform. More than 80 percent of British adults shopped online last year, the highest proportion in Europe. But there is widespread public and political concern about the extent to which online giants such as Amazon are legally able to avoid paying British taxes due to their multinational structure. At the start of this month, Hammond said Britain would unilaterally implement a digital services tax if there is no international agreement soon on how to tax big internet companies. Hammond has appointed Jason Furman, who served as chief economist to former US President Barack Obama, to lead a review of Britain’s competition regime, to ensure it is fit for the digital era. Separately, the finance ministry said Hammond was also expected to recommend a review of restrictions in England and Wales on businesses hosting lucrative civil marriage ceremonies.