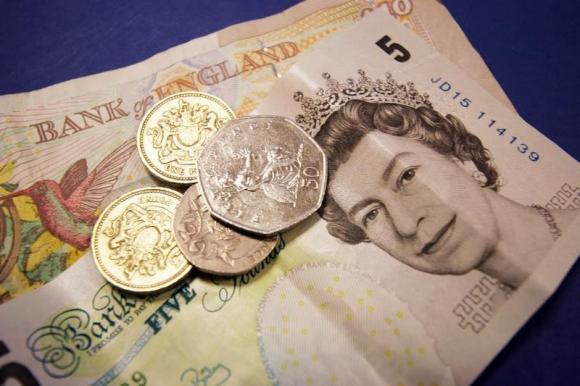 LONDON – Britain's minimum wage will rise by 3 percent to 6.70 pounds per hour, the biggest real-terms increase since 2008, Prime Minister David Cameron said on Tuesday, presenting the rise as a measure of economic strength before a May 7 election. The change will take effect from October 2015 and comes a day before the government makes an appeal for voters' support with its last budget announcement ahead of an election in which voters' living standards and economic competence are expected to be key issues. Conservative party leader Cameron announced the changes, recommended by a government body last month, in a joint statement with Nick Clegg, leader of the junior coalition partner the Liberal Democrats. Both leaders hailed a move that could help counter campaigning from the opposition Labour party, which argues that the government has overseen a squeeze on living standards over the past five years. "It will mean more financial security for Britain’s families; and a better future for our country," Cameron said. "This is just one of the many ways in which we’ve created a fairer society whilst building a stronger economy," Clegg said. Labour wants to raise the minimum wage to 8 pounds by 2020. "Under David Cameron we've seen the value of the minimum wage eroded, we need a recovery for working people," Labour's business spokesman Chuka Umunna said, reacting to the increase. In February, the Low Pay Commission, a body made up of trade unionists, academics and businesses that advises the government, said continued economic recovery allowed a bigger increase in pay after inflation than in previous years. The government also raised the minimum wage for apprentices by 20 percent to 3.30 pounds per hour - a much larger increase than the 2.6 percent the commission had recommended and one which drew immediate criticism from employers. "The national minimum wage has been one of the most successful policies of recent years thanks to the independence of the commission – its politicization is worrying," said John Cridland, director-general at the Confederation of British Industry. The government increased the national minimum wage by 3 percent in 2014, but much lower inflation in 2015 means that workers will feel more of the benefit of this year's increase. About 5 percent of Britain's workforce is paid at or very close to the minimum wage, and almost a third of workplaces use it as a guide for setting wages, especially in the retail and hospitality sectors. –Reuters