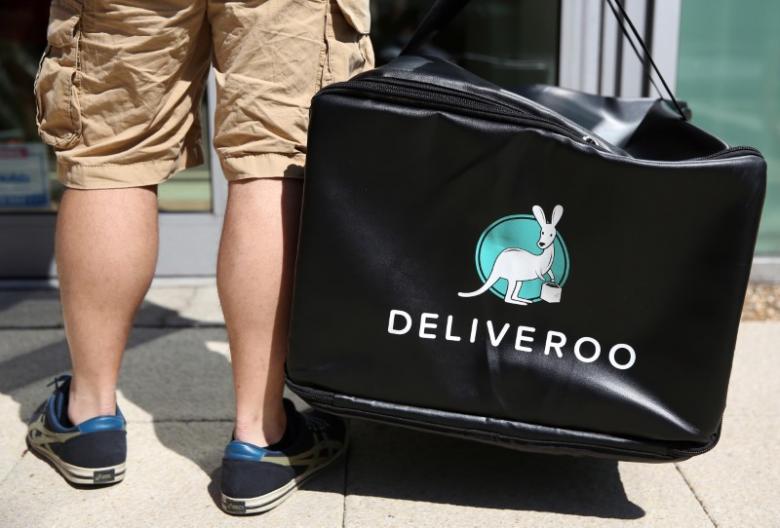 LONDON - A British union started a legal battle on Tuesday to secure rights such as the minimum wage and holiday pay for people working for food courier firm Deliveroo, the latest attempt to regulate the so-called gig economy.

With their distinctive black and teal jackets, Deliveroo riders have become a familiar sight on Britain's streets since the firm started trading in 2013, tapping into the rapidly growing demand for takeaway food delivered from restaurants.

But Deliveroo has faced criticism over how it treats its more than 15,000 riders and earlier this month scrapped a clause in its contracts which forbade self-employed riders from going to an employment tribunal to gain rights.

The International Workers Union of Great Britain (IWGB) is asking a tribunal called the Central Arbitration Committee to recognise it as a union for Deliveroo riders in the London borough of Camden so it can push for a collective pay deal.

"For years employers in the so-called gig economy have been able to get away with unlawfully depriving their workers of employment rights to which they are legally entitled," IWGB General Secretary Jason Moyer-Lee said. "The chickens are now coming home to roost."

A panel chaired by a judge is expected to hear the three-day Deliveroo case until Thursday, with a decision not expected for several weeks.

Like taxi app Uber, which also operates in the "gig economy" where people tend to work for different firms without fixed contracts, Deliveroo has been criticised for not guaranteeing pay levels.

The company says most of its riders earn more than the national living wage, which is the same as the minimum wage of 7.50 pounds ($8.80) per hour for those aged 25 years and over. Deliveroo says its riders in Camden earn on average nearly 12.50 pounds per hour and it was protecting their right to work for multiple companies.

"If you were a worker as the IWGB propose ... you would be required to commit to fixed hours, giving up this flexibility of fee per delivery," Deliveroo UK Managing Director Dan Warne said in an email sent to the firm's couriers. "We're fighting to protect your ability to work with multiple apps at once," he said.

Uber has lost several court battles in London, including over the imposition of strict English reading and writing standards on drivers, the latest setback for the firm which could mean the loss of thousands of workers. -Reuters