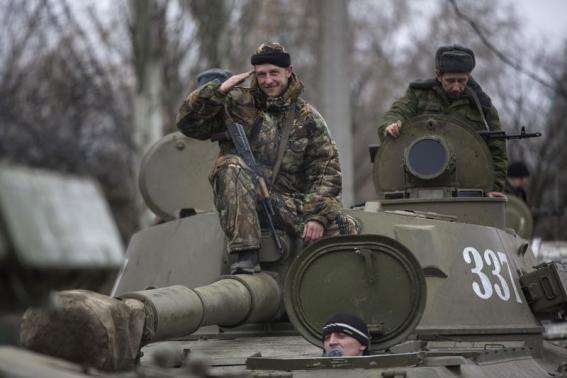 KIEV (Reuters) - Ukraine's military said on Saturday there had been a significant decrease in attacks by pro-Russian separatists in the east overnight, but said rebels had fired GRAD missiles at the town of Avdiivka despite a two-week-old ceasefire deal. On Friday, Ukrainereported the first deaths among its servicemen in three days, underscoring the fragility of the truce meant to have taken effect on Feb. 15, as government troops and rebels pulled back heavy weapons from the frontline. Overnight there was a "significant decrease in attacks in general and a full ceasefire in certain parts of the conflict zone," the military said on its Facebook page. It said the truce had been most fully observed around the rebel-controlled city of Luhansk and near government-held Mariupol on the Sea of Azov. Kiev feared the port city and industrial hub could become the next rebel target after they humiliated government troops by seizing the strategic town of Debaltseve after the truce was meant to have come into force. The Ukrainian military reported isolated attacks by rebels on government positions, including strikes from GRAD missiles around government-held Avdiivka, north of rebel-held Donetsk and home to one of Europe's largest coke plants. Fighting in Ukraine's industrialized east has devastated the steel sector, which before the conflict erupted last April accounted for 15 percent of the economy. Both government troops and separatists said they continued withdrawing heavy weapons from the front line, "point two" of the peace agreement aimed at ending the conflict which has killed more than 5,600.