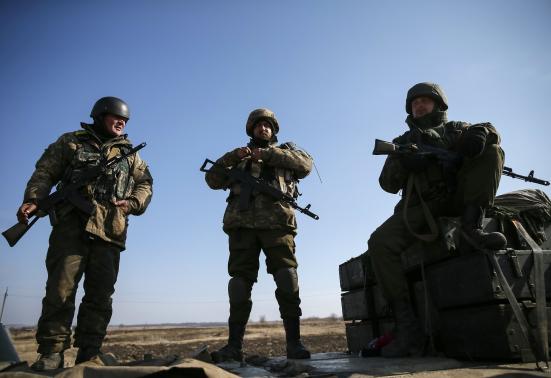 FRANKFURT - Ukraine's president accused Russian-backed separatists in the east of failing to respect a ceasefire with Ukrainian troops and called for further sanctions on Russia in comments to a German newspaper to be published on Monday. Attacks have become less frequent since the latest ceasefire came into force in mid-February, but both sides accuse each other of violations. Ukraine's military said last week that pro-Russian rebels were using the truce to amass heavy weapons. An agreement signed in Minsk in September called with the withdrawal of heavy weapons from the front line. "Ukraine has fulfilled every single point of the Minsk agreement. The ceasefire has been implemented immediately on our part, but the Russian fighters have done the exact opposite," Petro Poroshenko told the Bild newspaper. "Every day, there is shooting from the Russian side, often more than 60 times a day. In total, the ceasefire has been broken 1,100 times," he said. "The truth is that the agreement is not working." Poroshenko also called for additional sanctions against Russia for breaking the ceasefire. At a summit in Brussels next Thursday and Friday, European Union leaders will discuss the sanctions imposed on Russia's financial, energy and defense sectors last July over Russia's annexation of Crimea and supporting the separatists in Ukraine. Germany and other EU member countries want to push for a declaration that will not allow sanctions to be eased unless Moscow complies with the Minsk agreement, two officials said on Saturday. - Reuters [caption id="attachment_8899" align="alignnone" width="500"] 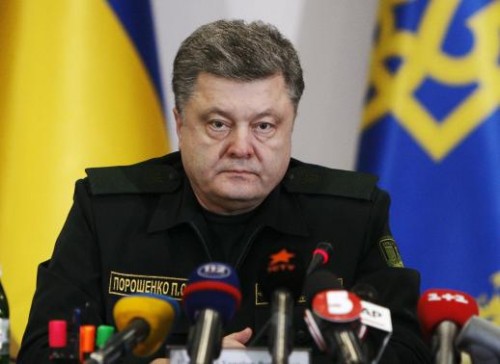