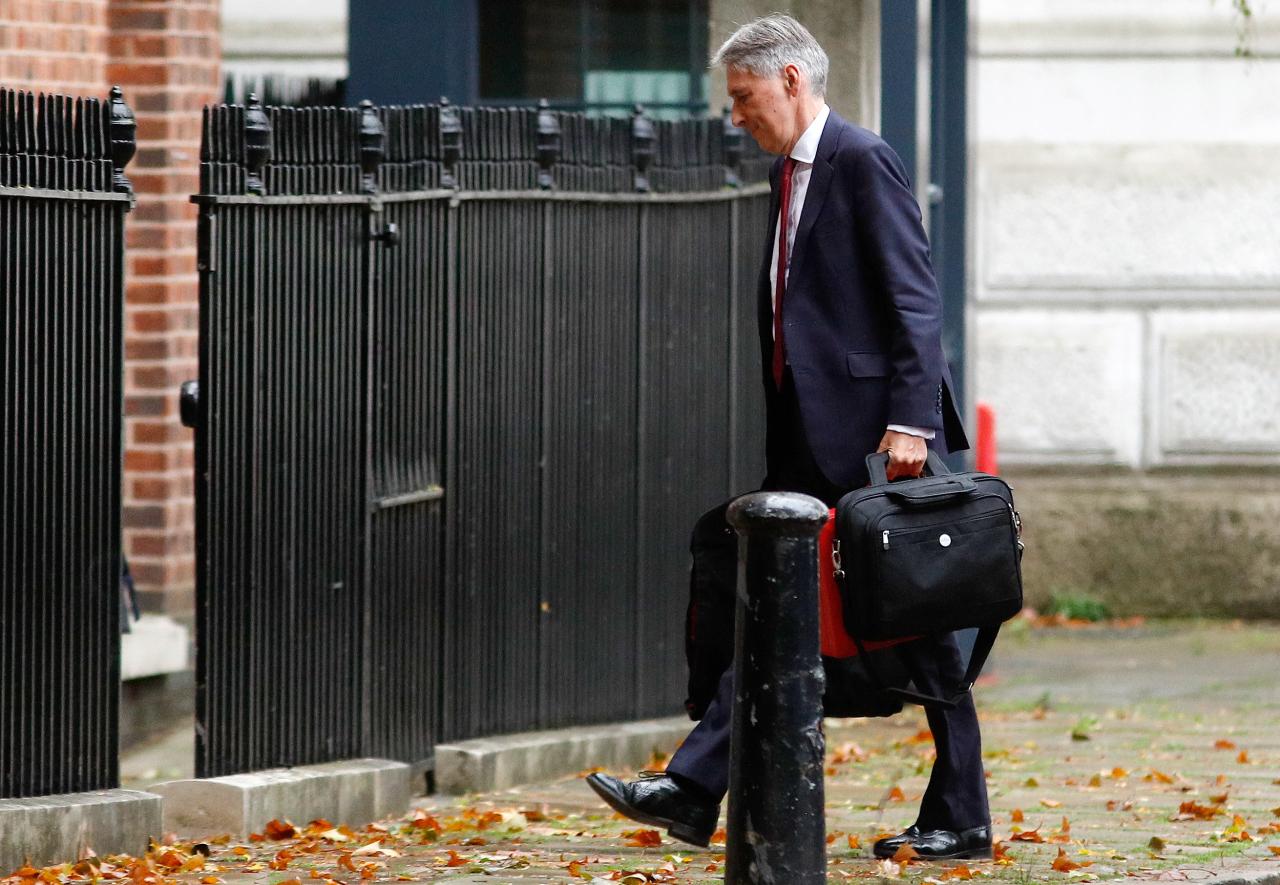 LONDON (Reuters) - British finance minister Philip Hammond is likely to warn that a no-deal Brexit would hit the public finances and prevent an end to austerity when he delivers his annual budget next week, a think-tank said.
By contrast, a smooth transition from the European Union would give Hammond more room for borrowing and spending, the National Institute of Economic and Social Research said. Hammond, who routinely angers Brexit supporters by calling for Britain to remain close to the EU, will deliver a budget plan on Monday. He must juggle Prime Minister Theresa May’s promise to end austerity with his drive to clean up high levels of public debt, all against the backdrop of huge uncertainty about Britain’s exit from the EU in just over five months’ time. Amit Kara, a NIESR economist, said better-than-expected growth in Britain’s economy this year — albeit still slow — and progress in closing the budget deficit meant Hammond can already fund May’s plan for more spending on the health service. A smooth Brexit in March would mean higher economic growth and tax revenues, allowing for more increases in spending. “If we have a hard Brexit on the other hand, then we lose a lot of this space,” Kara said. A no-deal Brexit would push Britain’s budget deficit up from an estimated 1.7 percent of gross domestic product this year to 2.7 percent in two years’ time, while public sector net debt would rise slightly to around 86 percent of GDP before falling only slowly by the mid-2020s, he said. Hammond has set himself a target of keeping the budget deficit — adjusted for swings in the economy — below 2 percent of GDP by 2020/21 and to cut debt as a share of economic output. NIESR said Britain’s economy would grow by 1.4 and 1.9 percent in 2018 and 2019 respectively if a Brexit deal is done.
Global markets drop after Wall Street losses
But growth would slow to just 0.3 percent in 2019 and 2020 without a deal, it said. NIESR also said Hammond would eventually need to consider a range of tax increases to help pay for higher public spending after a decade of deep spending cuts for many services.