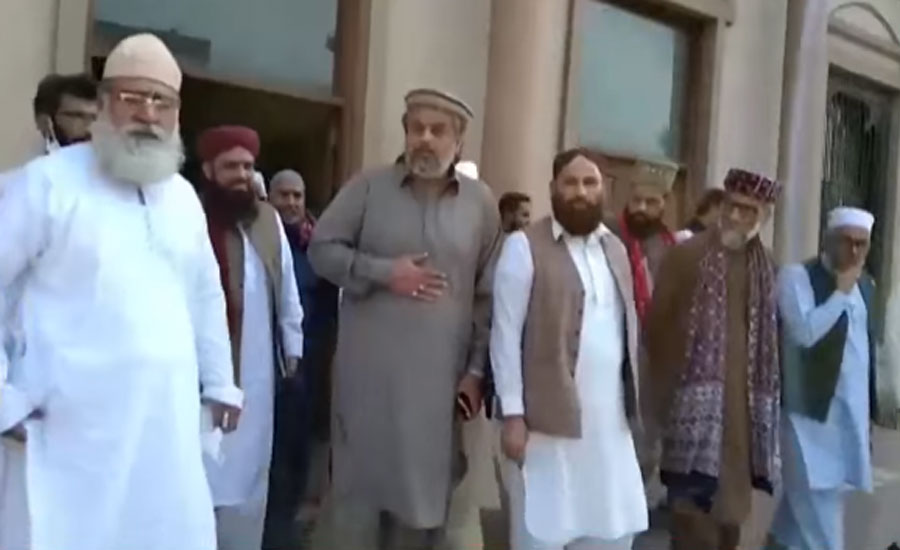 After the meeting which continued for more than seven hours, Hamid Raza said that the Ulema held talks with Saad Rizvi not for the sake of the government but for peace in the country on their own. "Our negotiations have been on a positive note and soon there will be a breakthrough," Raza said.

"Saad Rizvi appealed Saad Rizvi has appealed to his all demonstrators to remain peaceful. I hope the government will abide by the issues agreed in the talks, we and Saad Rizvi do not want the country's enemies get opportunity to take advantage from the current situation," he maintained.

It was earlier today reported from Lahore that a delegation led by Sahibzada Hamid Raza would meet Saad Rizvi at Kot Lakhpat Jail today as talks between banned TLP and the government have been in progress.