KARACHI (92 News) – Chief of the Naval Staff Asian Tour Open Golf Championship 2018 will be played at Karachi Golf Club (KGC) from Sep 27 to Oct 14. This was announced by Patron PN Golf Commodore Mushtaq Ahmed SI(M) during a media briefing held at Karachi Golf Club on Wednesday. Commandant PNS Jauhar Rear Admiral Adnan Khaliq, Sohail Shams, Chief Executive UMA and other sponsors were also present. The championship comprises two separate events. The first event is CNS Open Golf Championship to be played from September 27 to 30. The second event is CNS Asian Tour Open Golf Championship and will be held from October 10 to 14 at the same venue, heralding the return of international golf to Pakistan after a gap of 11 years. 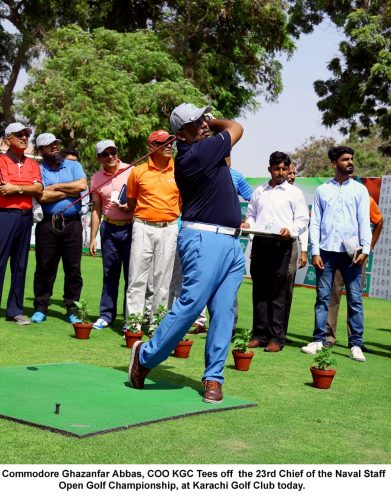 The CNS Open Golf Championship will be played in professionals, KGC caddies/ semi professionals, senior professionals, junior professional, amateurs, seniors, veterans, ladies and juniors categories. For the professionals and amateurs categories, the tournament will be contested for 72 holes over a period of four days for which a sum of Rs 5 million is being offered as prize money. In addition, prize for hole-in-one includes Suzuki Ciaz car as 1st Hole-in-One and Golf set as 2nd hole-in-one. Moreover, lots of other prizes have also been offered for other categories. 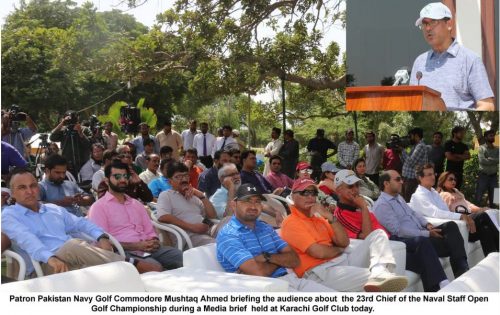 In addition to the primary responsibility of safeguarding maritime frontiers of the country, Pakistan Navy has always played an effective role in social welfare, health and education. Other than these vital roles Pakistan Navy also has the credit of being supportive to augment different sports in Pakistan. Pakistan Navy has played a significant role in promoting sports at organizational, inter-services, national and international levels, especially in the field of sailing, rowing, shooting, squash, hockey, cricket and golf. 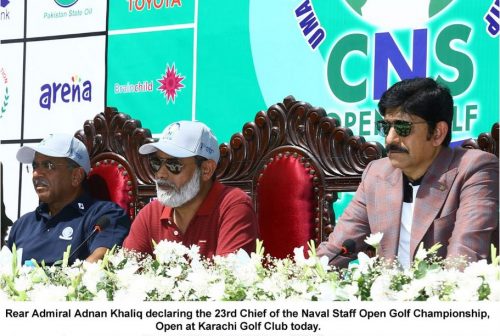 In 1995, Pakistan Navy started Chief of the Naval Staff Open Golf Championship to add a national level golf event in the calendar of Pakistan Golf Federation. Ever since, it has become a regular and major event of national golf circuit. Since then, the regular conduct of the championship is the manifestation of PN’s commitment towards promotion of this sport at national level. The CNS Asian Tour Open Golf Championship will provide a unique opportunity to showcase Pakistan’s positive image and show the world that Pakistan is a peaceful and sports-loving nation.