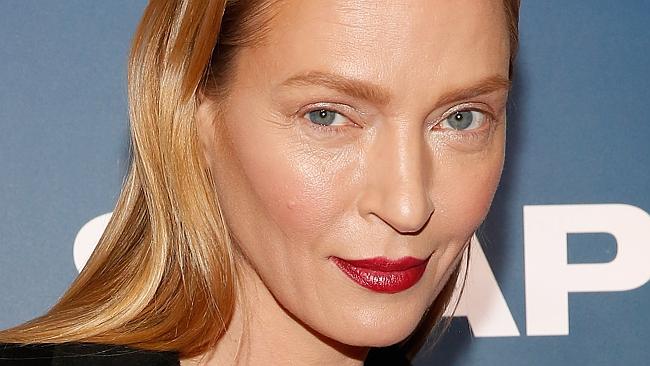 NEW YORK (Web Report) On the red carpet to promote her new mini-series "The Slap," it was Uma Thurman's look, more than her show, that grabbed headlines. Us Weekly noted that the 44-year-old actress usually sports more makeup and a different hair style that the low-key coverage and slicked-back tresses she went for at her event in New York on Monday. he Daily Mail, meanwhile, took its analysis a step further, checking in with expert dermatologists who suggested that Thurman's "tight smile" and forehead, along with other details, suggested she may have had some work done prior to the premiere. handie Newton, Zachary Quinto and Melissa George costar in NBC's "The Slap," which airs Feb. 12.