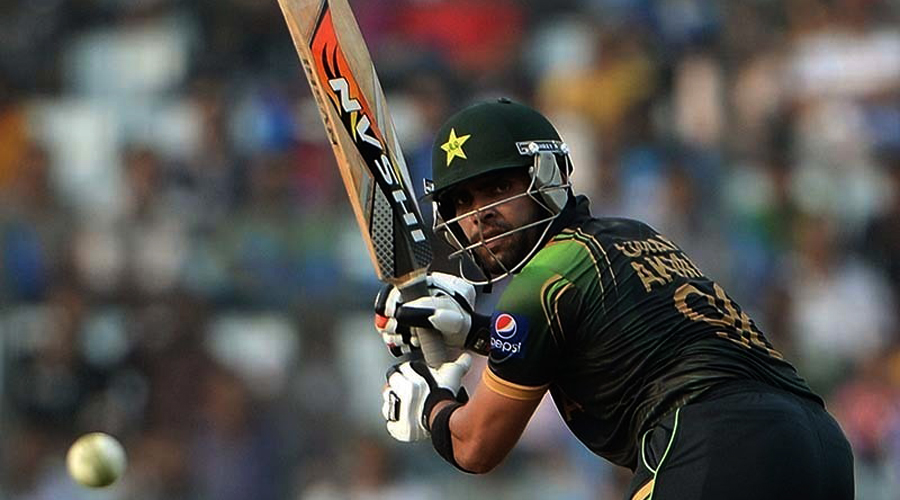 DUBAI – A confluence of explosive talent promises to make the three-match Twenty20 International series between Pakistan and West Indies a fascinating one. The first of those three games, at the Dubai International Cricket Stadium on Friday (September 23), will mark the start of a month and a half of non-stop action in the United Arab Emirates in a tour that, apart from the T20Is, includes three One-Day Internationals and as many Test matches. West Indies, which won the ICC World T20 2016 title in Mumbai in April, will fancy its chances but Pakistan, under new skipper Sarfraz Ahmed, will be equally confident, particularly with the return to the side of Umar Akmal, the classy right-hand batsman. Akmal, who was not picked for the limited-overs series in England on disciplinary grounds, wended his way back into the side after a successful domestic run when he made 304 runs in five matches at a strike-rate of 202.66 in the National T20 Cup. Pakistan rounded off its long tour of England in the summer with a nine-wicket win in the one-off T20I in Manchester, and will hope to ride on that confidence against the World T20 champion that, despite the absence of Chris Gayle, Lendl Simmons and Andre Russell, is still an extremely formidable side. While Gayle was unavailable for selection, Simmons was not picked due to medical reasons. Russell opted out due to personal reasons after being named in the squad. Kesrick Williams, the uncapped 26-year-old paceman, has been selected as his replacement. Like Pakistan, West Indies too has a new T20I captain. Carlos Brathwaite was handed the reins during the two-match series against India in Lauderhill towards the end of August and led the side to a 1-0 series victory. Himself a powerful striker of the cricket ball, Brathwaite has an array of spectacular stroke-makers in the top order including Evin Lewis, who made a century against India, as well as Johnson Charles, Andre Fletcher, Kieron Pollard and Dwayne Bravo, apart from the classy Marlon Samuels. The depth and quality in the West Indian bowling ranks too will occupy Pakistani mind-space. Samuel Badree, the legspinner, is the top T20I bowler in the world and Sunil Narine, the offspinner, occupies the No. 7 slot. Additionally, there is not just express pace but also wonderful changes of pace best exemplified by Bravo, easily the most dependable death bowler in Twenty20 cricket. Pakistan isn’t short of class either, with Sharjeel Khan and Khalid Latid the enforcers at the top of the tree, and the experienced Shoaib Malik shoring up the middle order. It will be without Mohammad Hafeez, left out after missing the second half of the England tour with a calf strain, as well as Mohammad Irfan, the tall paceman who suffered hamstring and calf injuries on that tour. Instead, the selectors have turned to Saad Nasim, the allrounder who last played a T20I, against New Zealand in the UAE, two years back, and Rumman Raees, the left-arm paceman who was originally named in the squad for the World T20 but then missed out due to injury. West Indies warmed up for the series with a 22-run win over an Emirates Cricket Board XI at the ICC Academy in Dubai on Tuesday,Badree and Narine helping it defend a total of 166 for 7 with reasonable comfort. Teams (from):   Pakistan: Sarfraz Ahmed (capt, wk), Sharjeel Khan, Khalid Latif, Babar Azam, Mohammad Rizwan, Imad Wasim, Hasan Ali, Mohammad Amir, Wahab Riaz, Sohail Tanvir, Mohammad Nawaz, Shoaib Malik, Umar Akmal, Saad Nasim, Rumman Raees. West Indies: Carlos Brathwaite (capt), Evin Lewis, Johnson Charles, Marlon Samuels, Andre Fletcher (wk), Kieron Pollard, Dwayne Bravo, Jerome Taylor, Samuel Badree, Sunil Narine, Rovman Powell, Nicholas Pooran (wk), Jason Holder, Kesrick Williams, Chadwick Walton.