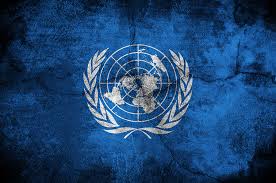 GENEVA - United Nations experts on Thursday called on Russia to repeal laws limiting free speech and targeting homosexuals and urged action to prevent torture, racist crimes and a wide range of other human rights abuses. The 18-member Human Rights Committee also told Moscow it should move to prevent violation of UN pacts that it has signed by insurgents in eastern Ukraine and by the authorities in the Chechen republic, and in Crimea. The calls came in a report that indirectly drew a picture of a country rife with persecution of critics of the government and of groups that do not conform to its political and social views, and that gave no recourse to a proper judicial system. The 12-page document largely referred to reports of abuses and violent activities, including by what it called "ultra-nationalist, racist and neo-Nazi groups", and of torture of suspects by police. The Committee, which monitors signatory countries' performance under the 1976 International Convention on Civil and Political Rights, issued the report after examining Russia's record and hearing comments by Moscow's delegation. During discussion in the Committee late last month, Russian officials denied the truth of the many of the reports cited by the body's members, who include non-government lawyers and academics from developing and developed countries. The UN report said laws signed by President Vladimir Putin - including on limiting Internet activity and restricting links between Russian non-governmental organizations and foreign groups - "appear" to violate the UN Convention. The Committee said it was concerned by reports of hate speech and violence against gays and called on Moscow to "clearly and explicitly state that it does not tolerate any form of social stigmatization of homosexuals". It also noted "under-representation of women in decision- making positions" in political life and urged Russia to fight "patriarchal attitudes" on the role of women and men in the family and society at large. - Reuters