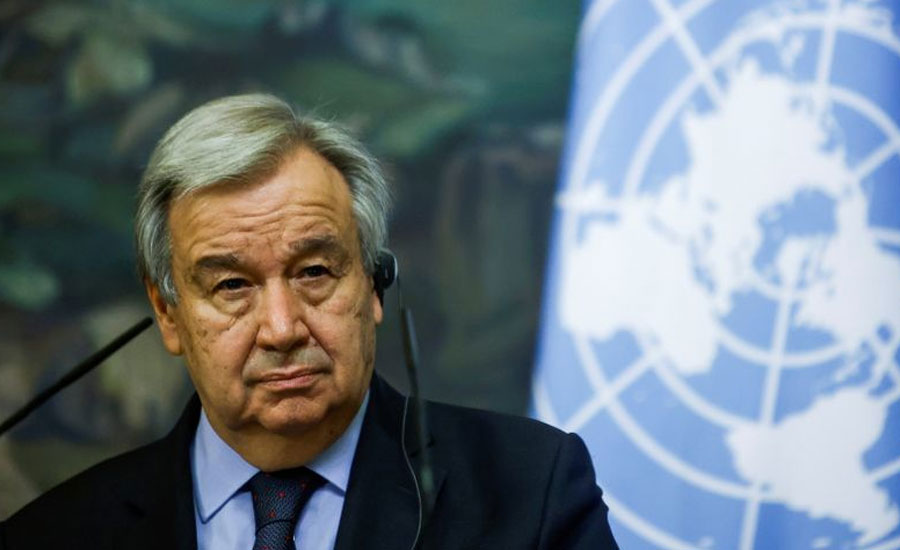 New York (Reuters) - UN Secretary-General Antonio Guterres on Thursday described Gaza as "hell on earth" for children, appealing to Israel for rapid and unhindered aid access and telling the 193-member General Assembly he would launch an appeal for humanitarian funding.

Diplomatic efforts toward a ceasefire in the Gaza war gathered pace on Thursday amid a worsening humanitarian crisis in the Palestinian territory, but fighting between Israel and Palestinian militant group Hamas continued.

The 193-member UN General Assembly met on Thursday to discuss the renewed violence, but no action was expected.

"If there is a hell on earth, it is the lives of children in Gaza today," said Guterres, adding that he would launch a full humanitarian appeal for funding as soon as possible.

"The hostilities have caused serious damage to vital civilian infrastructure in Gaza, including roads and electricity lines, contributing to a humanitarian emergency. Crossings into Gaza have been closed and power shortages are affecting water supplies," Guterres added.

Guterres called for an immediate ceasefire and urged Israel's military to exercise maximum restraint and Hamas to stop indiscriminate rocket fire. He also called on Israel to stop demolitions and evictions in the Palestinian Territories.

Hundreds of buildings and homes have been destroyed or damaged, Guterres said, and airstrikes have damaged several hospitals. Some 50,000 people were seeking shelter in UN schools, mosques and other places with little access to water, food, hygiene or health services, Guterres added.

The US mission to the United Nations on Wednesday expressed opposition to a French push for a Security Council resolution on the conflict. France has circulated a draft text to council members, diplomats said. The United States has traditionally shielded its ally Israel at the United Nations.

The French draft text, seen by Reuters, demands an immediate cessation of hostilities and condemns "the indiscriminate firing of rockets against civilian areas," without laying blame. It urges protection of civilians and revival of the peace process between Israel and the Palestinians with the aim of creating two states.