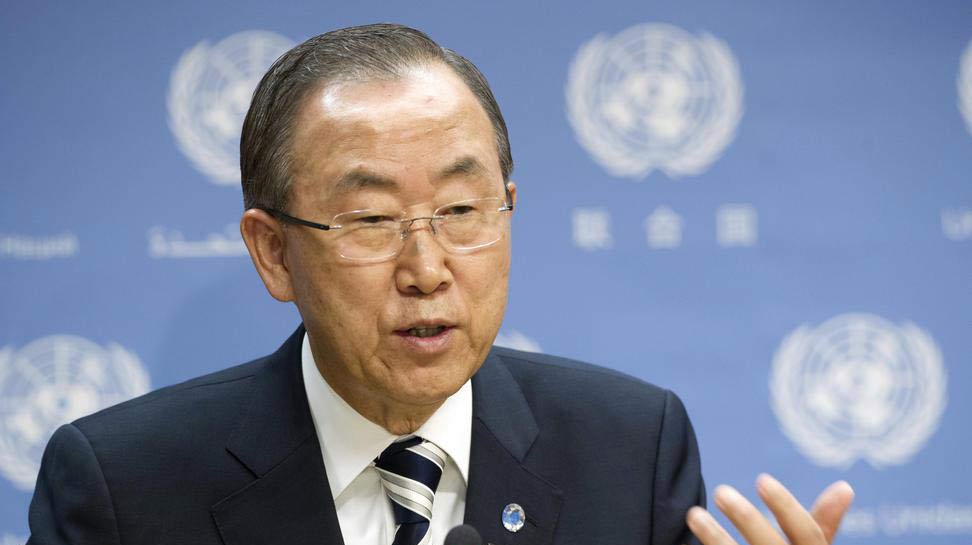 UNITED NATIONS - UN Secretary-General Ban Ki-moon on Thursday called for an immediate halt to the fighting in Yemen, the first time he has made such an appeal since Saudi-led air strikes against Iranian-backed Houthi rebels began three weeks ago. Ban said the poorest country in the Middle East was already in a crisis before the recent outbreak of hostilities, with levels of food insecurity that were higher than in the poorest parts of Africa. He said the recent fighting had only exacerbated those problems. "That is why I am calling for an immediate ceasefire in Yemen by all the parties," Ban said in a speech to the National Press Club in Washington. "The Saudis have assured me that they understand that there must be a political process. I call on all Yemenis to participate in good faith." "The United Nations-supported diplomatic process remains the best way out of a drawn-out war with terrifying implications for regional stability," he said in the speech, which was broadcast on C-SPAN radio. Ban did not mention the decision by his outgoing special adviser on Yemen, Jamal Benomar, to resign his post in frustration at the failure of the UN-brokered peace talks. Ban has chosen Mauritanian diplomat Ismail Ould Cheikh Ahmed to replace Benomar, diplomatic sources said. Benomar, a veteran Moroccan diplomat, had irked Saudi Arabia and other Gulf nations with his handling of so-far unsuccessful peace talks between the Houthis and the Western- and Gulf Arab-backed Yemeni government, Western UN diplomats said on condition of anonymity. In recent weeks, the diplomatic sources said, the Saudis and other Gulf governments have snubbed Benomar because they felt he had been too accommodating toward the Houthis. Saudi Arabia launched air attacks in Yemen last month as Houthi rebels, who had taken control of the capital Sanaa in September, closed in on the port city of Aden and forced Yemeni President Abd-Rabbu Mansour Hadi to flee to Riyadh. The Houthis and army units loyal to former president Ali Abdullah Saleh have been fighting alongside each other on several fronts against militia forces loyal to Hadi. - Reuters