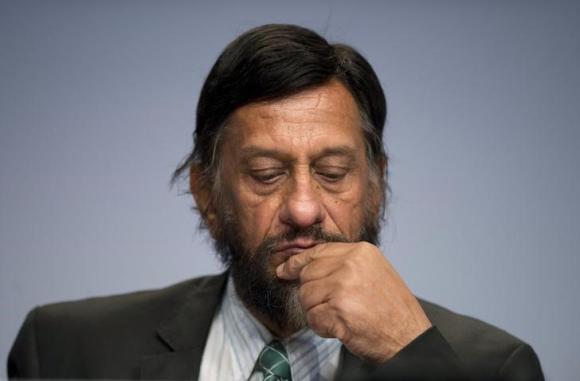 NEW DELHI (Reuters) - A top United Nations climate official, Rajendra Pachauri, has pulled out of a high-level meeting in Kenya next week, a spokesman said on Saturday, as Indian police investigate a sexual harassment complaint against him. Delhi police said Pachauri, 74, chairman of the U.N.'s Intergovernmental Panel on Climate Change (IPCC), is accused of sexually harassing a 29-year-old female researcher from his Delhi-based thinktank The Energy and Resources Institute (TERI). The woman claims the Indian scientist began harassing her soon after she joined the non-profit TERI in September 2013. Pachauri, one of the world's leading voices on the issue of global warming, has denied the charges, according to a court order. The case comes at a difficult time as Pachauri is playing a key role in the run-up to a crucial climate change summit in Paris in December where world leaders are expected to agree a new deal to curb global warming. Pachauri had been scheduled to lead a major IPCC meeting in Kenya next week, to discuss how the panel will organise the production of its scientific reports in future. "The Chairman of the IPCC, Rajendra K. Pachauri, PhD, has informed the IPCC that he will be unable to chair the plenary session of the IPCC in Nairobi next week because of issues demanding his attention in India," a spokesman for Pachauri said in a statement on Saturday. "Dr Pachauri is committed to provide all assistance and cooperation to the authorities in their ongoing investigations." Pachauri's office has said he was unavailable to comment and his lawyers have refused to comment. The IPCC said in a statement it would have no further comment on "the issues demanding Pachauri's attention". The lawyers for the woman, who cannot be named, said the harassment by Pachauri included unwanted emails, text and WhatsApp messages. In a court order, Pachauri's lawyers claim his emails, mobile phone and WhatsApp messages were hacked and that cyber criminals accessed his computer and phone to send the messages in an attempt to malign him. The IPCC will elect a new chair at a session planned for October and it was already known that Pachauri, who was first elected as the panel's chair in 2002, would not stand for a third term. In 2007, the IPCC was jointly awarded the Nobel Peace Prize with former U.S. Vice President Al Gore for their part in galvanising international action against climate change.