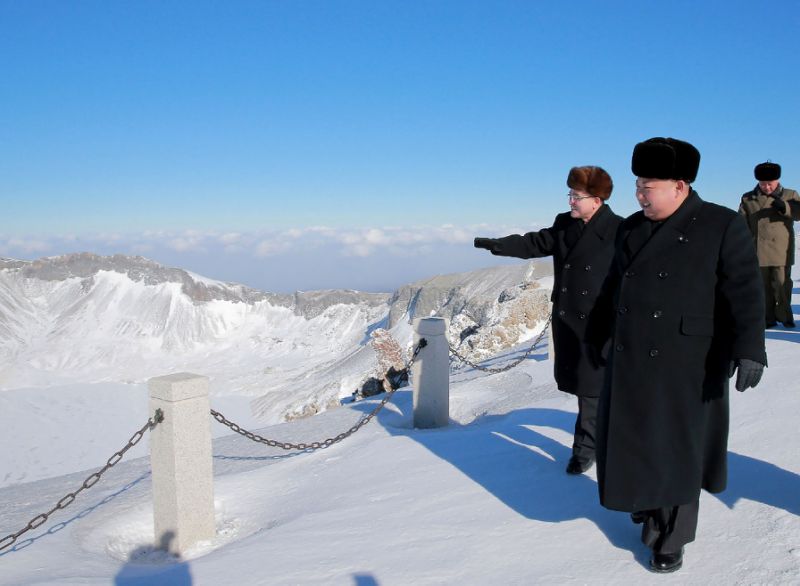 NEW YORK (AFP) A senior UN envoy warned Saturday there was a grave risk that a miscalculation could trigger conflict with North Korea as he urged Pyongyang to keep communication channels open after a rare visit to the reclusive state.

Jeffrey Feltman's trip to the North -- the first by such a high-ranking UN diplomat since 2010 -- kicked off less than a week after Pyongyang said it test-fired a new ballistic missile capable of reaching the US.

The United Nations said Feltman met North Korea's Foreign Minister Ri Yong-Ho and Vice Foreign Minister Pak Myong-Kuk and they "agreed that the current situation was the most tense and dangerous peace and security issue in the world today".

Noting the "urgent need to prevent miscalculations and open channels to reduce the risks of conflict," Feltman said the international community was committed to finding a peaceful solution.

Feltman, the UN's under secretary general for political affairs, also stressed the importance of full implementation of all relevant Security Council resolutions.

The UN Security Council has hit the isolated and impoverished North with a package of sanctions over its increasingly powerful missile and nuclear tests, which have rattled Washington and its regional allies South Korea and Japan.

Earlier, North Korea's state news agency KCNA said "the US policy of hostility toward the DPRK (North Korea) and its nuclear blackmail are to blame for the current tense situation on the Korean peninsula".

But it added the North had agreed with the UN "to regularize communications through visits at various levels".

The KCNA report did not mention any meetings with leader Kim Jong-Un, who has ramped up his impoverished nation's missile and nuclear program in recent years in order to achieve Pyongyang's stated goal of developing a warhead capable of hitting the US mainland.

Pyongyang reiterated its view that these manoeuvres were a provocation, accusing the drills of "revealing its intention to mount a surprise nuclear pre-emptive strike against the DPRK".

The Chinese foreign ministry on Saturday published a speech from earlier in the week by foreign minister Wang Yi in which he warned that the Korean Peninsula "remains deeply entrenched in a vicious cycle of demonstrations of strength and confrontation."

"The outlook is not optimistic," Beijing's top diplomat added.

Fears of a catastrophic conflict with the nuclear-armed regime have spiked as Kim and Donald Trump have taunted each other in recent months, with the US President pejoratively dubbing his rival "Little Rocket Man" and a "sick puppy".

Kim has called the 71-year-old president a "dotard", meaning a weak or senile old man -- an insult that was renewed Saturday as the North condemned Trump for recognising Jerusalem as Israel's capital.

"Considering the fact that the mentally deranged dotard openly called for a total destruction of a sovereign state at the UN, this action is not so surprising", KCNA quoted a foreign ministry spokesman as saying.