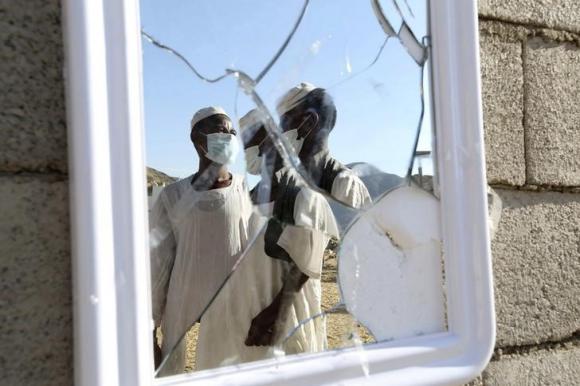 LONDON (Reuters) - Saudi Arabia has not done enough to investigate and control a deadly new MERS virus that has killed hundreds of people there and remains in many ways a mystery, United Nations health experts said on Monday. Cases of Middle East Respiratory Syndrome (MERS) are surging again, but Saudi health officials and scientists appear unable to explain where the infections start and how they spread, the UN experts said. The UN group - a international delegation of scientists and public health experts from World Health Organization (WHO), the United Nations Food and Agriculture Organization (FAO) and World Organization for Animal Health - visited Saudi Arabia last week to investigate a sharp rise in MERS cases. MERS causes coughing, fever and breathing problems, and can lead to pneumonia and kidney failure. "Critical gaps in knowledge remain, and several challenges ... will require further work," it said in a joint statement. "How and why infections occur in the community is yet to be understood, and this is critical for stopping the outbreak." Initial scientific studies have linked MERS to camels, but disease experts say it is not at all clear how the infection passes from the animals. Many people infected in the community and in hospitals report no contact with camels, they note. "There are so many aspects of the virus that are still unknown," said Berhe Tekola, director of the FAO's animal production and health division. First identified in humans in 2012, MERS is caused by a coronavirus, from the same family as the one that caused a deadly outbreak of SARS (Severe Acute Respiratory Syndrome) in China in 2003. There is no cure or vaccine. The WHO, which has voiced concern about MERS and its potential to spread internationally, says 1,026 confirmed cases - including at least 376 deaths - have been reported since MERS emerged in 2012. Some 85 percent have been in Saudi Arabia. Keiji Fukuda, a WHO virus expert who led this mission, said that despite progress in fighting MERS in hospitals, key infection prevention and control measures are still breached. "When health workers are infected at work, this puts other healthcare workers at risk, but also can be a risk to all other patients," he said. "Understanding where the breach in these measures is occurring and taking the steps needed to fully implement infection prevention and control measures can put an end to these ... infections."