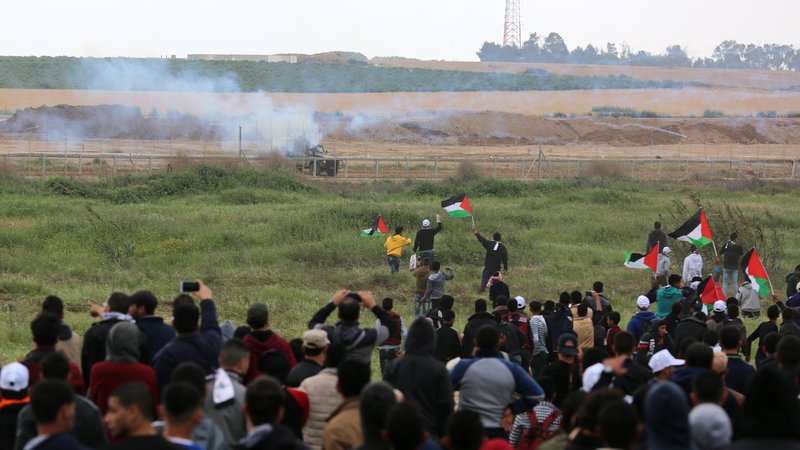 UNITED NATIONS (Reuters) - A senior United Nations official told the Security Council on Friday that the situation in Gaza “might deteriorate in the coming days” and called for civilians, particularly children, to not be targeted. At least 16 Palestinians were killed and hundreds injured on Friday by Israeli security forces confronting one of the largest Palestinian demonstrations in recent years along the Israel-Gaza border, Gaza medical officials said. “Israel must uphold its responsibilities under international human rights and humanitarian law. Lethal force should only be used as a last resort with any resulting fatalities properly investigated by the authorities,” UN deputy political affairs chief Taye-Brook Zerihoun said. The council had been due to meet behind closed doors at the request of Kuwait. But after it became clear the 15-member body would be unable to agree on a statement on the situation, diplomats said Kuwait requested the meeting be held publicly. US diplomat Walter Miller said it was unfortunate that Israel, a close US ally, could not take part in Friday’s meeting due to the Passover holiday. “We are deeply saddened by the loss of life today. We urge those involved to take steps to lower tensions and reduce the risk of new clashes. Bad actors who use protests as a cover to incite violence endanger innocent lives,” Miller told the council.