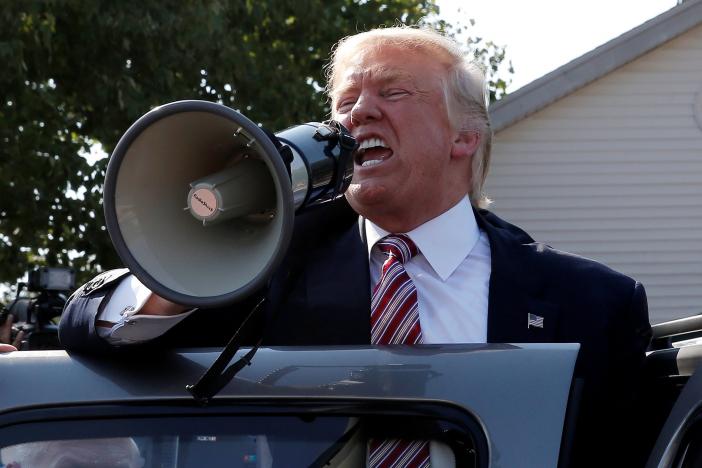 THE HAGUE - The United Nations human rights chief accused US Republican presidential candidate Donald Trump of spreading "humiliating racial and religious prejudice" and warned of a rise of populist politics that could turn violent. In comments at a security and justice conference, U.N. High Commissioner for Human Rights Zeid Ra'ad Al Hussein said he was addressing Dutch far-right leader Geert Wilders and other "populists, demagogues and political fantasists." Naming Trump, Nigel Farage in Britain and Marine Le Pen in France, among others, he accused them of using "fear" tactics similar to those of Islamic State, also known as Daesh. "Make no mistake, I certainly do not equate the actions of nationalist demagogues with those of Daesh," he said. "But in its mode of communication, its use of half-truths and oversimplification, the propaganda of Daesh uses tactics similar to those of the populists." In a tweet, Wilders called Zeid "an idiot." Zeid labelled Wilders' March 2017 election platform, which calls for no Muslim immigrants, the closing of mosques and the banning of the Koran, as "grotesque." "The UN is grotesque," Wilders responded. "Let's get rid of these bureaucrats." But Zeid said Wilders' rhetoric could have terrible consequences. "History has perhaps taught Mr. Wilders and his ilk how effectively xenophobia and bigotry can be weaponised," he said. "The atmosphere will become thick with hate; at this point it can descend rapidly into colossal violence," he warned. -Reuters