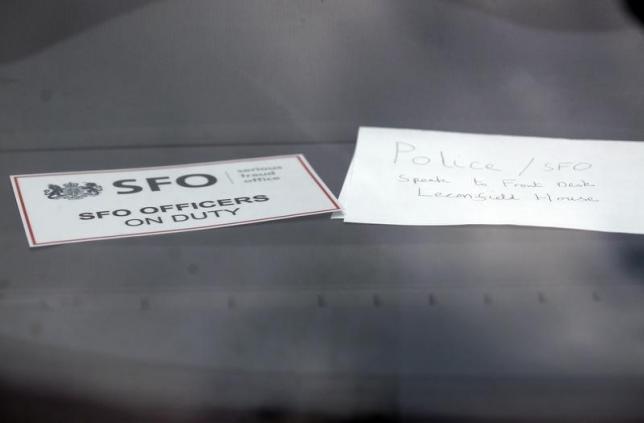 LONDON - UN sanctions experts have accused British company Soma Oil and Gas of making large payments to Somalia's oil ministry that created a "serious conflict of interest," some of which appeared to have been used to pay off senior officials. In a report to a UN Security Council committee, the experts said Soma paid nearly $600,000 (£384,940) as part of efforts to protect and expand an energy exploration contract it signed with the ministry in 2013. According to a confidential report compiled by the experts on the UN Somalia and Eritrea Monitoring Group, which was reviewed by Reuters, Soma also paid $495,000 to a lawyer who was advising the Somali government when it was negotiating a contract with the company. The eight-member panel of investigators that compiled the 28-page report monitors compliance with UN sanctions. The allegations outlined in the report, which has been submitted to the UN Security Council's Somalia/Eritrea sanctions committee, triggered an investigation into Soma by Britain's Serious Fraud Office (SFO), according to people familiar with the situation. The SFO has confirmed that it opened the inquiry but it has not outlined the allegations against Soma Oil and Gas. The company's London headquarters were searched last week. The UN Somalia and Eritrea Monitoring Group said the evidence it collected demonstrated that the Soma payments "created a serious conflict of interest, in a number of cases appearing to fund systematic payoffs to senior ministerial officials". In its response to Reuters, Soma denied any wrongdoing, saying the contract to the company was awarded by Somalia's cabinet and not members of the petroleum ministry and as such there was no conflict of interest. Somalia's Petroleum Minister Mohamed Mukhtar Ibrahim declined to comment. Somalia's petroleum ministry declined to comment as the ministry staff has not yet seen the report, according to Ibrahim Hussein, the ministry's head of external relations. According to the report, Soma Chief Executive Robert Sheppard told the Monitoring Group that the payments were part of a "Capacity Building Agreement" requested by the Somali government. This aimed to help the ministry hire local and foreign experts to build up geology and other oil industry expertise, something the country lacks after decades of conflict destroyed its state institutions. The UN monitors described the capacity building programme as "likely part of a quid pro quo arrangement", whereby the ministry would protect the Soma contract from any negative consequences when a panel chaired by the Somali finance ministry began conducting a review of all its contracts. The monitors allege these "quid pro quo" arrangements "undermine Somali public institutions through corruption". Soma told Reuters in an emailed statement that the U.N monitors "fundamentally misunderstood the nature, purpose and destination of the payments made under the terms of the Capacity Building Agreement", and said the company has been transparent about the programme. Soma is chaired by Lord Michael Howard, who led the British Conservative Party when it was in opposition and was succeeded in 2005 by David Cameron, who is now prime minister. The company said the SFO had told it that "no suspicion whatsoever attaches to Lord Howard". Soma secured an exclusive contract in 2013 to conduct seismic surveys on 12 offshore oil and gas blocks, totalling 60,000 square km. The contract awarded Soma the right subsequently to pick blocks it wanted to exploit. The payments to Somalia's oil ministry totalled $490,000 over a year, according to the report. It said most of that money was earmarked for salaries, with about $40,000 put towards office supplies. The report said that in December 2014 Soma transferred an extra $100,000 to the Somali oil ministry to construct a "data room" in the capital Mogadishu, but by June there had been no progress on its construction and oil ministry officials either could not account for the money or did not respond to requests for information. "All payments pursuant to the CBA and relating to the Data Room were made directly to the Somali Government following appropriate due diligence and the implementation of various legal safeguards," Soma said, adding that it had sought independent legal advice. "Soma has never made payments to individual government officials," the company said. UN monitors allege that at least six officials who drew Somali government salaries were also on Soma's capacity building payroll, which would in some cases have almost trebled their salaries. The report said those officials included director general of the oil ministry, Farah Abdi Hassan, and his deputy, Jabril Mohamoud Geeddi. Neither official replied to several Reuters requests for comment. The monitors also queried why "despite the apparent conflict of interest", Soma had paid nearly half a million dollars to J. Jay Park, a Canadian lawyer who was acting as an official legal adviser to the Somali government when it was negotiating its contract with the British company. According to the report, Soma confirmed to the monitors that it had paid Park's firm, Petroleum Regimes Advisory (PRA), but said it did so because the Somali government was unable to cover its own legal fees. "Soma agreed to the Somali Government's request to pay these fees and did so after taking legal advice which confirmed that it was appropriate to do so," Soma said in its statement to Reuters. Jay Park told Reuters, "We respectfully differ with the suggestion of a conflict of interest", adding that the Somali government requested Soma to pay the legal fees only after the negotiations ended and an agreement had been signed. -Reuters