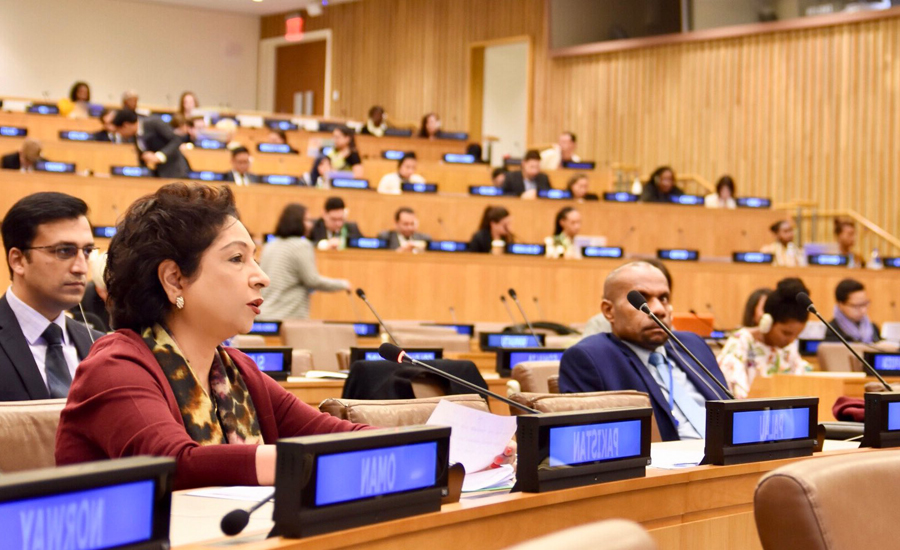 UNITED NATIONS (92 News) – Pakistan’s Permanent Representative to the United Nations Dr Maleeha Lodhi said that the detailed June 14 report of the UN High Commissioner for Human Rights had lifted the veil from decades of obfuscation of massive violations of human rights in Indian Occupied Kashmir. Speaking at the General Assembly's Third Committee, she said when they demand this right, the people of Jammu and Kashmir are met with repression and ruthless human rights abuses at the hands of Indian occupying forces. The Pakistani envoy said India’s denial of the UN-pledged right to self determination to the Kashmiri people is a telling example of its impunity. She said the situation remains a blot on the conscience of humanity, and one that demands immediate corrective action. Ambassador Lodhi said the Universal Declaration of Human Rights has served as a catalyst for progress, and yet, egregious and systematic rights violations take place every day, with plausible deniability becoming the new norm. Stressing the values of empathy, compassion and understanding, the Pakistani envoy said, "We should not allow diversity of backgrounds, beliefs and perspectives to be endangered by the demons of hatred and extremism.” Reaffirming Pakistan's commitment to protecting human rights, Ambassador Lodhi said the new government of Prime Minister Imran Khan is committed to the consolidation of democratic institutions, the rule of law and improving good governance, as well as to a new framework for social change, which focuses on education, health, women, youth, and minorities.