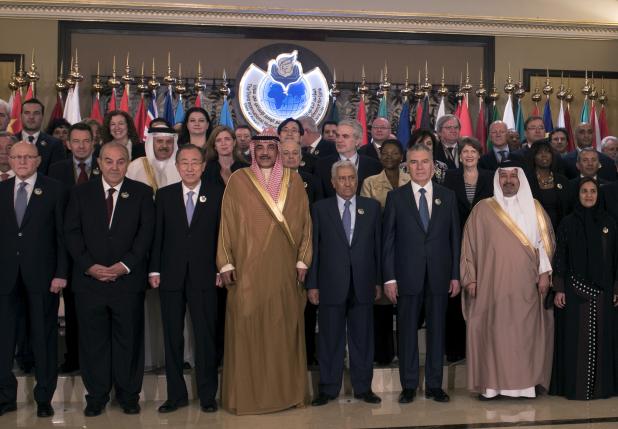 KUWAIT - International donors have pledged $3.8 billion to tackle the humanitarian crisis in Syria, United Nations Secretary General Ban Ki-moon said at a summit in the Kuwaiti capital on Tuesday. The United Nations is seeking to help 18 million people inside Syria and those scattered throughout the region by more than four years of civil war, as well as the countries and communities that are struggling to host the flood of refugees. Tuesday's meeting was attended by nearly 80 governments and dozens of aid agencies, with the United States promising $507 million, Kuwait $500 million, the United Arab Emirates $100 million and Saudi Arabia $60 million. The United Nations has appealed for $8.4 billion for Syria this year to help deal with the ballooning humanitarian crisis. Some 200,000 people have died and nearly half the Syrian population has been displaced by the turmoil that began with anti-government protests in 2011 and spiraled into full-scale civil war. The number of people needing humanitarian aid has increased by 2.9 million in just 10 months. Although the response to the first annual conference in Kuwait in 2013 exceeded the $1.5 billion requested, last year's conference only secured pledges of $2.4 billion towards a $6.5 billion appeal. - Reuters